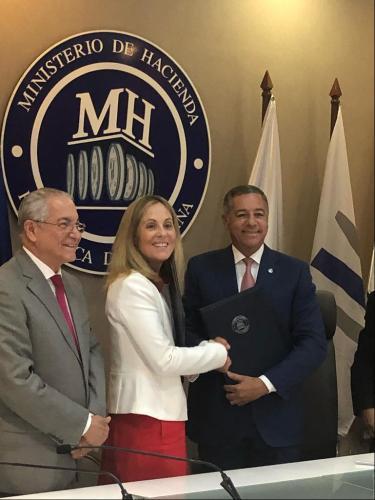 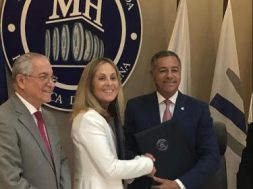 The European Investment Bank (EIB) is backing a post-disaster and climate change resilience and adaptation programme in the Dominican Republic, to finance the rebuilding of infrastructure and housing damaged by natural disasters. In addition to the USD 50 million EIB loan, USD 20 million will be provided through grants from the EU-Caribbean Investment Facility (CIF), which will support the reconstruction of housing in the affected provinces and provide technical assistance support for the government and local authorities.

The financing partnership with the Dominican Republic government will support the reconstruction of damaged roads and housing, helping to re-build better climate resilient infrastructure. The support targets infrastructure damaged by Hurricane Matthew in October 2016 and flash floods in November 2017 in the four provinces mainly affected by these catastrophic events – Monte Cristi, Puerto Plata, Espaillat and Duarte. The programme will help to build 1,100 new affordable houses, 55km of new and upgraded roads, over 4km of new and rehabilitated dykes. These new projects will create around 2,400 jobs.

Partnership with the Dominican Republic and the European Union

The agreement signed in the presence of the Minister of Finance for the Dominican Republic, Donald Guerrero Ortiz and the Vice President of the European Investment Bank, responsible for activity in Latin America and the Caribbean, Emma Navarro, will contribute to achieving Sustainable Development Goals (SDG). It will target poverty eradication, gender equality (including support for single parent households), clean water and sanitation, sustainable cities and climate action. It will also contribute to achieving objectives identified in the Cotonou Agreement and the Dominican Republic’s National Development Strategy 2030.

Commenting on the new agreement during a signature ceremony in Santo Domingo, EIB Vice President, Emma Navarro said: “We are pleased via this flagship project to be helping the Dominican Republic in its efforts to rebuild its infrastructure and housing damaged by natural disasters, improving its resilience and adaptation to the effects of climate change. This agreement demonstrates EIB’s and EU’s commitment to foster sustainable and inclusive growth in the Dominican Republic and to face the challenges of global warming, helping to improve livelihoods in the region.”

H.E. Gianluca Grippa, EU-Ambassador commented: “Climate change is increasing becoming more important in political dialogues with member states. Our objective is to help them to comply with their Paris agreement commitments and to guarantee that climate aspects are taken into account in their policies, strategies, investments and actions.”

EIB support for the Caribbean

The EIB is the largest multilateral public bank in the world and roughly 10% of its lending targets investments outside of the European Union. The EIB is the world’s largest international public bank and has supported development and economic activity in the Caribbean with loans and equity investment worth EUR 1.8 billion since its first operation in the region in 1978. The bank’s activity in the Caribbean is carried out under the Cotonou Agreement – between the European Union and 78 ACP States with the core objective of reducing and eradicating poverty in ACP states, whilst promoting sustainable development and integrating ACP countries in the global economy.

In the Dominican Republic, the EIB has provided a total of EUR 409 million to projects, including in the energy, small and medium sized business and transport sectors.

The EIB, as the world’s largest multilateral provider of climate finance, aims to dedicate at least 25% (35% outside of the EU) of its investments to climate change mitigation and adaptation, supporting low-carbon growth with climate resilience. Outside of the EU, it aims to dedicate at least 35% of its investments to these targets.