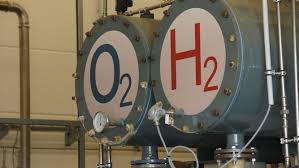 The German economy ministry (BMWi) will join the environment ministry (BMU) in managing the government’s international power-to-X hub to facilitate the production of hydrogen with renewable energy sources in developing countries. “Green hydrogen is not only a huge benefit for climate action. It also opens a strong industrial policy perspective, both for Germany and for developing and emerging economies,” environment minister Svenja Schulze said. She added the “International PtX Hub Berlin” would serve as a platform for dialogue between industrial companies and researchers in order to establish a hydrogen network and an infrastructure for industrial production.

Economy minister Peter Altmaier said Germany’s numerous existing international energy partnerships with other countries around the world would serve as the hub’s foundation. Hydrogen production could help to establish positive side effects of Germany’s climate policy abroad, the ministries said: “Favourable conditions for renewable power production, value creation in transforming it into a tradeable product and the integration of the same into global supply chains lead to new business opportunities.”

Imports play a key role in Germany’s National Hydrogen Strategy released earlier this year and focus to a large extent on partner countries in hot and arid regions that provide good conditions for renewable power production but often are economically poor, lack modern infrastructure and face environmental challenges, such as water scarcity. Projects like a possible hydrogen production plant in the Democratic Republic of the Congo have drawn criticism for their susceptibility to conflict and corruption, whereas other possible cooperation projects, for example with Australia or Morocco, are seen as less controversial.