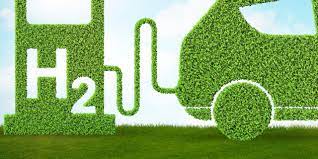 A consortium composed of Oman’s state-run energy company OQ, US-based green hydrogen developer InterContinental Energy, and Kuwait Investment Authority’s subsidiary Enertech announced a plan to build a 25GW wind-plus-solar base for powering the production of green hydrogen. The base will be located somewhere in the Al Wusta Governorate, which is situated in central Oman.

According to the coverage of this announcement by various media outlets, the wind-plus-solar base will have sufficient generation capacity to support millions of metric tons of annual production capacity for green hydrogen.

The consortium has stated that the hydrogen can be consumed locally, directly exported to other countries, or converted into green ammonia for export. The gas can also be used in the synthesis of aviation fuels.

While the wind-plus-solar base will provide the energy, the water for the electrolysis will be drawn from the Indian Ocean that borders the governorate. The consortium has yet to disclose the exact project site and the construction schedule.

However, it has said that the location of the base will benefit from strong solar irradiance during the day and strong wind at night. Furthermore, Oman is strategically positioned between Europe and Asia.

The operation model of the country’s existing oil and gas industry can be replicated and modified for the development of a green hydrogen industry. With the base, the country can supply green fuels reliably to many parts of the world at highly competitive prices.

The consortium began the development of this project in 2019 with an analysis of the wind and solar conditions in the coastal areas of Al Wusta. Given the scale of construction as well as the number of renewable generation systems that will be deployed, the consortium believes that the project will contribute to the formation of a local supply chain for renewable energy technologies.

The local labor force will also benefit from the introduction of the technical expertise related to solar photovoltaics and wind power.

Further details about the technological and financial aspects of the project are expected to be revealed later.

Besides the 25GW wind-plus-solar base in Al Wusta, Oman also has another green hydrogen project that is in development in the SOHAR Port and Free Zone.

The project in the free zone was first announced in November 2020 and will install 3.5GW of photovoltaic generation. Green hydrogen is also making inroads in other countries around the Middle East.

In Dubai, for example, Siemens Energy is working with government-run utility DEWA to build a green hydrogen plant that will be powered by an adjacent solar park.

Like other oil-producing countries in the region, Oman recognizes the risks of continuing to rely on fossil fuels to drive its economy. The country has set the target of having renewable energies account for at least 30% of its domestic electricity generation by 2030.

0
0   0
previous Enel Eyes Potential Green Hydrogen Project in Russia
next ‘We Need More Hydrogen, And We Need It Faster’