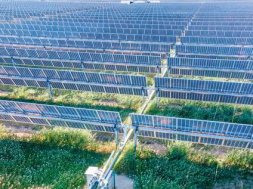 Lightsource BP made another big move in European solar with a 1.35GW co-development deal in Portugal, where it also looking at opportunities in green hydrogen.

Lightsource BP now has a 3.5GW pipeline Spain and Portugal, two and a half years since it entered the market there.

The developer said Portugal – which has recorded some of the cheapest electricity from solar globally – offers opportunities for power supply that include deals with corporate offtakers – and increasingly in green hydrogen production.

Lightsource BP said it is “actively exploring green hydrogen projects in Portugal” to add to renewable H2 initiatives it is involved in elsewhere in the world.

Miguel Lobo, country head for Portugal at Lightsource BP, said: “Solar is ideally placed to meet Portugal’s rapid expansion plans on growing its local renewable energy generation capacity as it has excellent irradiation levels, it is quick to deploy, and low-cost.

“There really is so much potential for solar within the energy mix. In addition, there are also opportunities with growing technologies like storage and green hydrogen that are attracting new investment players across the energy value chain, and that is a huge benefit to our country.”

Lightsource BP earlier in May secured the planning go-ahead in Australia to create its biggest solar complex globally to date at 600MW in New South Wales.

Lightsource BP is one of the two key planks of BP’s renewable energy strategy, which at a net 50GW by 2030 is among the most ambitious of any major oil & gas player.

Group CEO Bernard Looney has previously hailed the joint venture’s ability to rapidlydeliver projects capable of the level of returns the oil & gas giant is seeking as it shifts into green power.

The other plank is offshore wind, where BP has already taken up major positions in the UK and US. 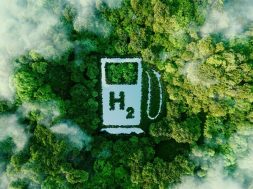 What Color Is Your Hydrogen? Not All Hydrogen Is Clean – EQ Mag Pro