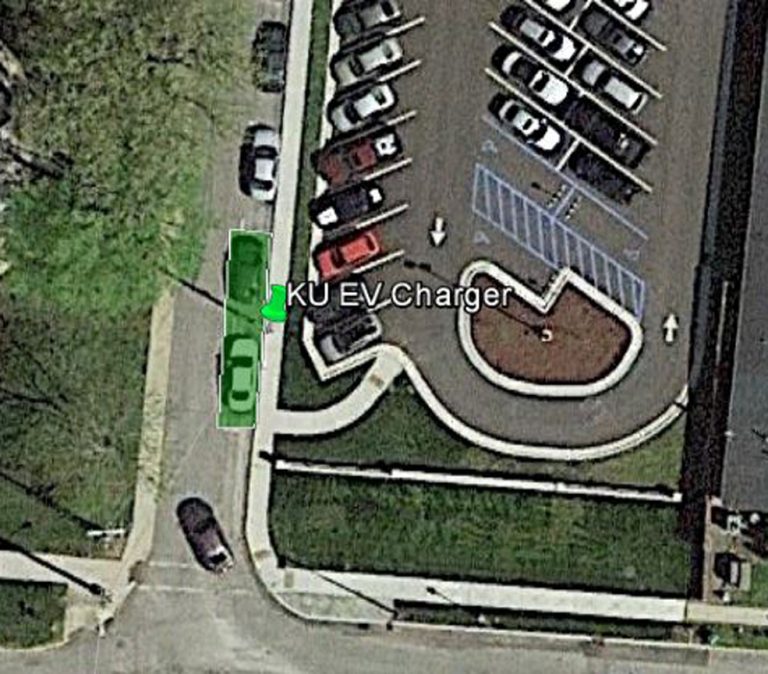 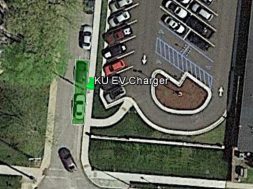 Danville will join a few select cities in the state to offer electric vehicle charging stations, allowing environmentally conscious drivers who opt to lessen their carbon footprint in the world to recharge.

Municipal Utility Engineer Earl Coffey received the city commission’s approval recently to allow Kentucky Utilities’ installation of two “EV” charging stations, which will be located in the two southern-most parking stalls on Fifth Street, off of Main and on the edge of Centre College’s campus.

Coffey told the city commission KU has “been keen to some of the things going on in Danville” and taking an interest in local projects. He reminded commissioners the company dedicated some funding toward the new water plant park and, most recently, contributed money toward construction of the trail connector, from Corporate Drive over to Hughes Lane.

“KU identified Danville as being a terrific location for the charging stations,” Coffey said, which also provides better outreach on behalf of the company’s EV program.

The commission unanimously approved the company’s use of the two spots, which will be reserved as EV charging stations for the next five years. Coffey said the company will install everything needed, and there will be no cost to the city.

KU will install a dual-port chargepoint

“CT4000 Bollard-Mount charging station” at the site, and according to the agreement, will coordinate with the city to create signage and pavement marking for the area. The charging station equipment will consist of a 2-foot-by-2-foot concrete pedestal at the site, two protective bollards in front of the station, and other “electrical infrastructure to enable an adjacent KU electric service to serve the charging station.”

KU will not be charged a fee for the spaces.

Hopefully, travelers passing through Kentucky in electric vehicles will spot the spaces on websites such as chargehub.com, resulting in visitors “milling around in downtown” and patronizing events while their cars charge.

Bridgette Lester, director of codes and financial enforcement, said her understanding is that the vehicles are only allowed to be parked there when they are in actual charging mode; they are not EV reserved parking spaces. “So, if they’re not charging, the vehicle must be moved.”

Lester said the area is heavily used by student parkers and is heavily patrolled.

“We watch that area because it’s a trouble spot — code enforcement officers go there several times a day when they’re out, doing their rounds,” she said. “We have people in that area who want to park on sidewalks, or parked going the wrong way on a one-way street. Not that they don’t do that in other areas of the city, it’s just where we see it more frequently.”

But overall, the two stalls shouldn’t change anything codes does in the area. “It will be part of our regular routine, at least that I’m aware of at this point,” she said.

According to KU/LG&E’s website, the company has committed to installing 20 stations across the state, from street parking to recreational areas and parking lots. So far, there are charging stations installed in Louisville, Lexington, Elizabethtown, Midway and Greenville through KU.

KU says EV drivers using the stations pay an hourly fee by swiping a debit or credit card, and exact fees and taxes depend on location, but drivers can expect to pay about $3 per hour. The company partners with ChargePoint, another online tool to find locations, but several different apps are available for smartphones.

EVs have no tailpipe emissions, making them more environmentally friendly, and can also be charged at home with a 120-volt outlet; higher voltage chargers may also be used for faster charging at home. Reports indicate EVs require less maintenance than gas-powered engines, and can be up to five times cheaper to operate.

Typically, the range an EV can travel is anywhere from 80 to 300 miles on a full charge, for an all-electric vehicle. Fully charging the battery can take four to eight hours, but a “fast charge to 80 percent capacity” can take only 30 minutes, according to the U.S Department of Energy.

According to the Office of Energy Efficiency and Renewable Energy, the federal government and a number of states offer financial incentives to purchase EVs, such as tax credits. The IRS tax credit depends on the size of the vehicle and its battery capacity, and can range from $2,500 to $7,500 for the purchase of a new EV.

The agency says this tax credit will be available until 200,000 qualified EVs are sold in the U.S. by each manufacturer, at which point the credit begins to phase out for the EV companies.

No manufacturers have been phased out yet, the agency says. It also says depending on where buyers reside, they may also be eligible for incentives from state, city or a utility, which could include additional tax credits; vehicle or infrastructure rebates or vouchers; vehicle registration fee reductions; loans; special low-cost charging rates; and high-occupancy vehicle lane exemptions.

To find out more about incentives offer, visit the U.S. Department of Energy’s alternative fuels data center’s laws and incentives database at afdc.energy.gov.