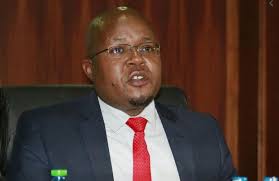 NAIROBI, KENYA : The Energy and Petroleum Regulatory Authority (EPRA) on Tuesday stood by draft Energy Regulations after wide criticism from members of the public.

Kenyans read mischief in the new regulations with many suggesting that the new measures would curtail growth in the solar industry. Many Kenyans are adopting solar as an alternative source of energy creating competition to traditional sources.

The increase in the use of solar energy is seen in the growth and amount generated and fed into the national electricity grid, including from the State-owned Garissa Solar Plant.

Industries are also adopting grid-tied systems, even as more households rely on solar home systems for lighting and water heating needs. Key sectors such as agriculture have also taken up systems such as solar water pumping to reduce their power bills.

The proposed regulations for instance have broadened the licences issued to technicians working in the industry. Previously, the regulator licensed technicians in three levels – Class T1, T2, and T3.

To qualify to hold a class T3 licence, a technician is required to hold a Bachelor of Degree in Electrical Engineering or a similar qualification including a Higher National Diploma.

In the proposed regime, Epra has expanded the licences into four classes – Solar PV Workers 1 (SPW1), SPW2, SPW3 and SPW4.

tags: Epra SOLAR
0
previous Is Kenya Power Blocking Solar Use To Aid Its Ailing Business?
next An agreement to finance household solar systems