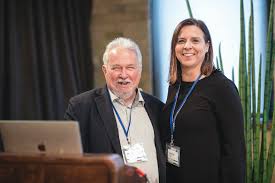 GENEVA : Etrion Corporation (“Etrion” or the “Company”) (TSX: ETX) (OMX: ETX), a solar independent power producer, announces that it has reached a new agreement with Ziva Energy (“Ziva”) on their dispute regarding the 60 MW Mie solar project (“Mie”). Etrion’s development company in Japan, Etrion Japan KK, had signed a development services agreement (DSA) with Ziva, a Tokyo based developer, in 2015. Under the DSA, Etrion would fund the development of the project and, once completed, it would take over the ownership of the project. In December 2018 the parties entered a dispute regarding the terms of the DSA.

As part of the new agreement, Etrion will proceed in line with its usual investment structure as originally planned. Such structure will include a contractual arrangement between one of the wholly owned subsidiaries of Etrion and the Mie project operating company, pursuant to which Etrion will have an obligation to make a financial contribution to the project company in line with the pre-approved business plan.

Pursuant to the agreement, Ziva will acquire the Etrion’s contractual structure and associated economic obligations and benefits for JPY 3.4 billion (approximately US$32.5 million), with such payment to be made by December 28, 2020. In addition, Etrion Japan KK, will be reimbursed approximately JPY 700 million (approximately US$ 6.7 million) of funds advanced to Ziva and will be paid a development fee of JPY 300 million (approximately US$2.9 million) as compensation for all the work performed to date. If Ziva fails to make the required payment of JPY 3.4 billion by December 28, 2020, a subsidiary of Etrion would have the right to take possession of all the shares in the Mie project operating company and either sell such shares or continue with the development of the project.

Marco Antonio Northland, Etrion’s Chief Executive Officer, commented: “We are pleased to have reached a new agreement with Ziva. I believe this is a big step forward for all parties by providing a way forward by year end.”

Project Mie is a 60 MW ground-mounted, fixed-tilt solar photovoltaic power project. It has been developed near the Yokkaichi city in the Mie prefecture. Since the commencement of the dispute in 2018, Etrion has not received updates about the progress of the project, therefore we cannot comment at this time when construction of the project will restart.

Etrion Corporation is an independent power producer that develops, builds, owns and operates utility-scale solar power generation plants. The Company owns and operates 57 MW of solar capacity and owns the 45 MW Niigata project under construction, all in Japan. The Company is listed on the Toronto Stock Exchange in Canada and the NASDAQ OMX Stockholm exchange in Sweden under ticker symbol “ETX”. Etrion’s largest shareholder is the Lundin family, which owns approximately 36% of the Company’s shares directly and through various trusts.

This press release contains certain “forward-looking information”. All statements, other than statements of historical fact, that address activities, events or developments that Etrion believes, expects or anticipates will or may occur in the future (including, without limitation, statements relating to the anticipated receipt of funds from Ziva pursuant to the agreement described herein). This forward-looking information reflects the current expectations or beliefs of Etrion based on information currently available to it as well as certain assumptions (including, in addition to those stated elsewhere in this press release, that Ziva will make all payments under the agreement as and when required). Forward-looking information is subject to a number of significant risks and uncertainties and other factors that may cause actual results to differ materially from those discussed in the forward-looking information, and even if such actual results are realized or substantially realized, there can be no assurance that they will have the expected consequences to, or effects on, Etrion. Factors that could cause actual results or events to differ materially from current expectations include, but are not limited to, the risk that Ziva will not make payments as required and that Etrion will not be able to recover the full value of its interest in the Mie project.