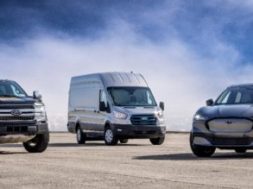 Supply and logistics are key in any battle. In the increasingly competitive market for electric vehicles (EV), securing a stable supply of lithium-ion (Li-ion) batteries has become critical for all participating car makers. According to the reporting from various media outlets, Ford is recently thinking about following EV leader Tesla in establishing in-house manufacturing for Li-ion batteries. Achieving self-sufficiency in this area will help reduce Ford’s dependence on the major battery suppliers based in South Korea.

During the course of the electrification of cars and trucks, Tesla and a few established automotive brands such as BMW and Mercedes-Benz have engaged in the R&D of batteries for the powertrain system. The degree of involvement varies for these car makers. In the case of Tesla, it has devised its own battery design that improves performance and lowers cost.

Up to now, Ford has taken the opposite approach. The company has ramped up the electrification of its vehicle line-up in the recent two years. However, for the last ten years it has been content to have its partners in the battery industry assume much of the responsibility in developing powertrain batteries. Jim Hackett, former CEO of Ford, was quoted as saying there was “no advantage” in manufacturing batteries in house.

However, current CEO Jim Farley has a different view. He recently told news reporters that an internal discussion is now taking place on this subject. Farley pointed out that there is not enough flexibility when procuring batteries from outside suppliers, especially as demand continues to grow. Farley also said that the decision to whether or not establish in-house battery production is driven by many other factors in addition to cost. With electrification becoming a major trend, the time is ripe to have a debate on the merit of this approach.

Acquiring battery production capacity has to be on the minds of the car makers that engage in the mass production of EVs. They ought to already have a battery strategy even if they do not want to publicize it. Some car makers have begun in-house development and production, while others have formed joint ventures with battery suppliers. Regardless of strategies, they all must get involved with the battery supply chain. Tesla, for instance, goes a far upstream as possible, even to the point of mining its own lithium.

In the current EV market, car makers that are collaborating with battery suppliers include Tesla, GM, Volkswagen, and Nissan. Tesla is working closely with Panasonic at Gigafactory 1. GM and LG Chem have just formed a joint venture called Ultium Cells. Volkswagen and SK Innovation are also in the process of setting up a battery plant. Likewise, Nissan’s battery supplier AESC is a joint venture between the car maker and NEC. This kind of development is seen in North America, Europe, and China.

Going forward, Ford will have to present a comprehensive battery strategy soon if it is genuine about having its fossil-fuel vehicles succeeded by battery-electric ones. Based on the reporting from media outlets, Ford will most likely form a joint venture with a battery supplier since the car maker lacks the technological expertise in this area. China’s CATL, for example, has a good chance of becoming a candidate for partnership.

Ford is now working on three battery-electric models: the Mustang Mach-E, the Transit Electric, and the F-150 Electric. Expanding battery supply and improving battery performance will accelerate roll-out for not only these electric models but also the new plug-in hybrids that the car maker is developing at the same time. 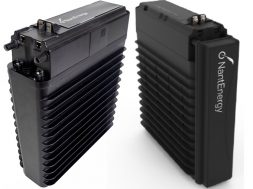