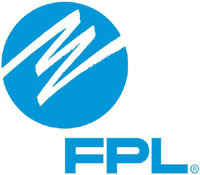 – In the midst of one of the largest solar expansions ever in the U.S., FPL generated 10 times more solar energy for Floridians in 2018 than in 2016 and has plans to add more than 30 million more solar panels by 2030

Each of the new plants is capable of generating 74.5 megawatts of power from the sun, for a combined addition of nearly 300 megawatts of new solar capacity. FPL now operates a total of 18 solar power plants and hundreds of other smaller solar installations, totaling approximately 1,250 megawatts of universal solar capacity across Florida.

“These solar plants are the latest tangible evidence of our unparalleled commitment to investing in clean energy technologies for Florida affordably – a strategy that has already dramatically reduced emissions and produced billions of dollars in savings for Floridians,” said Eric Silagy, president and CEO of FPL.

By far the state’s largest producer of solar energy, FPL leverages its experience and economies of scale to advance solar cost-effectively. The four new solar plants alone are estimated to deliver a net lifetime savings of more than $40 millionfor FPL customers.

Earlier this month, FPL announced a groundbreaking “30-by-30” plan to install more than 30 million additional solar panels across Florida by 2030. The plan will result in approximately 11,000 MW of installed solar capacity by 2030. FPL also plans to make unprecedented new investments in advanced battery storage technology to increase the company’s ability to use solar energy even when the sun isn’t shining.

“The FPL Miami-Dade Solar Energy Center is just one example of the extraordinary results that come when we work together with partners like FPL to improve our communities with renewable energy and continue to make Miami one of the best places to live, work and raise a family,” said Mayor Carlos A. Giménez.

“The Treasure Coast is fortunate to have such a reliable, affordable electric provider that we can count on and that is investing hundreds of millions of dollars into our communities,” said Peter Tesch, president of the county’s Economic Development Council.

FPL Sunshine Gateway Solar Energy CenterThe FPL Sunshine Gateway Solar Energy Center is located in Columbia County, near Florida’s northern border where Interstate 10 and Interstate 75 cross. Travelers on both on these major highways can see the plant while driving by, and the Florida Department of Transportation’s I-10 Westbound rest area offers visitors a sweeping view of thousands of the panels.

“We’re proud to be the gateway to Florida, and nothing says welcome to the Sunshine State better than the hundreds of thousands of beautiful solar panels now operating right here,” said Glenn Hunter, Columbia County’s executive director of economic development.

“Our economy, our community and our environment are interconnected, and this solar energy center has had a positive impact on all three of these guiding principles that serve as the foundation of our Sustainability Action Plan and our future,” said Katrina Locke, the county’s sustainability and natural resources director. “Volusia County has a bright future ahead, and we’re excited to have this renewable energy in our community.”

Florida Power & Light CompanyFlorida Power & Light Company is the largest energy company in the United States as measured by retail electricity produced and sold, serving more than five million customer accounts or an estimated 10 million+ people across the state of Florida. FPL’s typical 1,000-kWh residential customer bill is approximately 30 percent lower than the latest national average and among the lowest in the U.S. FPL’s service reliability is better than 99.98 percent, and its highly fuel-efficient power plant fleet is one of the cleanest among all electric companies nationwide. The company was recognized in 2018 as one of the most trusted U.S. electric utilities by Market Strategies International for the fifth consecutive year. A leading Florida employer with approximately 8,700 employees, FPL is a subsidiary of Juno Beach, Florida-based NextEra Energy, Inc. (NYSE: NEE), a clean energy company widely recognized for its efforts in sustainability, ethics and diversity, and has been ranked No. 1 in the electric and gas utilities industry in Fortune’s 2019 list of “World’s Most Admired Companies.” NextEra Energy is also the parent company of Gulf Power Company, which serves more than 460,000 customers in eight counties throughout Northwest Florida, and NextEra Energy Resources, LLC, which, together with its affiliated entities, is the world’s largest generator of renewable energy from the wind and sun and a world leader in battery storage. For more information about NextEra Energy companies, visit these websites: www.NextEraEnergy.com, www.FPL.com, www.GulfPower.com, www.NextEraEnergyResources.com.