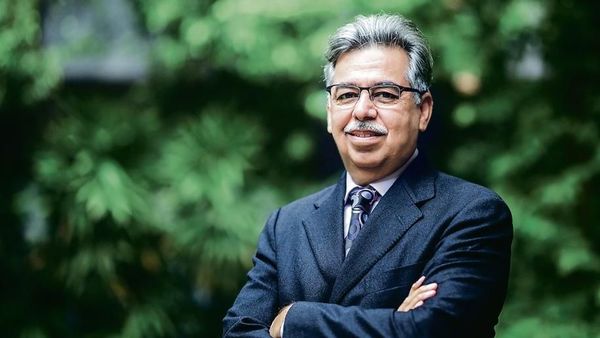 From KFC to Amazon, Hero Motors to bet big on e-vehicles for cargo deliveries: Pankaj Munjal 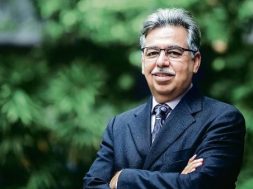 From KFC to Amazon, Hero Motors to bet big on e-vehicles for cargo deliveries: Pankaj Munjal

In an interview to Mint newspaper, Pankaj M Munjal spoke about his business plans for electric vehicles

Coming from the industrialist family of Munjals, Pankaj M Munjal, chairman and managing director of Hero Motors Company, said his company is well positioned in the electric vehicles segment with a range of product offerings in the cycles and component business, and several overseas collaborations, including Yamaha Motor Company of Japan. In an interview to Mint newspaper, Munjal spoke about his business plans for electric vehicles. Edited excerpts:

How will the recent acquisition of German electric bicycle manufacturing firm HNF Nicolai help Hero Motors in the coming years?

Overall, Hero Motor Group today has a turnover of ₹3,500 crores annually and we will double the revenues in the next few quarters with the help of this acquisition. So in the next ten quarters, we plan to achieve this. There is a twelve quarter plan and two quarters have already gone by, and in the next ten quarters we will get an additional ₹3,500 crores worth value (turnover) in the group. So, this will of course include our India and overseas operations. As of today, our exports contribute around ₹500 crores and rest comes from Indian operations.

So how will Hero Cycles as a company develop in the coming years, given your focus on e-bicycles?

We have entered into the cargo segment where e-bicycles will play a significant role. We have supplied to KFC and some others as well. At present, around 7 lakh internal combustion two wheelers are in to the market (delivery space) and I find no reason–if the running cost is near zero–why anyone will spend on fuel. Electric vehicle revolution can be only achieved through a non-range anxiety product. The HMC group is ready for electrification simply by economies of scale and our relationship with large original equipment manufacturers (OEMs). I think now HMC should be considered as a Germany-based group and the strategy behind this is we want to go deeper into European markets. In India, we have the consumer segment which is going well for us and growing month over month. The other one we will focus on is the cargo carrier. What if Hero takes 30-40% of the existing 7 lakh market (in this cargo carrier segment).

What will be the scale of your operations in Germany and more so in Europe?

So for every four people in our research and development centre in Germany, we will have seven people in India. The intellect, brain, idea and rendering will be there and engineering, rapid prototyping, road load simulation and testing will happen in India. So, we will marry the two and that will be to our advantage. With the research and development centre in Germany, contributions from our premium bicycles have doubled.

Are there plans to raise funds for both Indian and overseas operations in the next year?

We don’t need funds for our India operations but outside we have been approached by entities. They like our plans and want to participate either as a banker or as a partner. We are looking in to that. These are people who want to see equity value move up and want to bet on the long term with you. These are electrification focused private equity investors. I can’t tell you how they will invest at this point. There is no point raising funds in India through debt given the high yields. My earnings are in Euros, as a result we don’t have a currency risk. The interest rate is also a fraction (of what it is in India), and reduce whatever working capital debt we have in India.

How has this year been for Hero in terms of sales of cycles, given the economic slowdown?

We have somehow not shrunk this year. We are expecting to sell around 5.2 million to 5.3 million units as last year. If you look segment wise then our exports have risen this year.

For your cargo e-vehicle, will you tie-up with entities such a Swiggy, Zomato and others in the next six months?

These companies have outsourced this to third parties since everyone wants to stay asset light these days. We have to target the end-user and how I will be able to increase his or her income and reduce the cost. These vehicles will not come with any range anxiety. Hero is taking a dominant share in a small business which is growing at, to me, a 10000% gain because I added another party. We could be world number one in e-bikes. Start of Production (SOP) will be from May since we will need three four months for development.