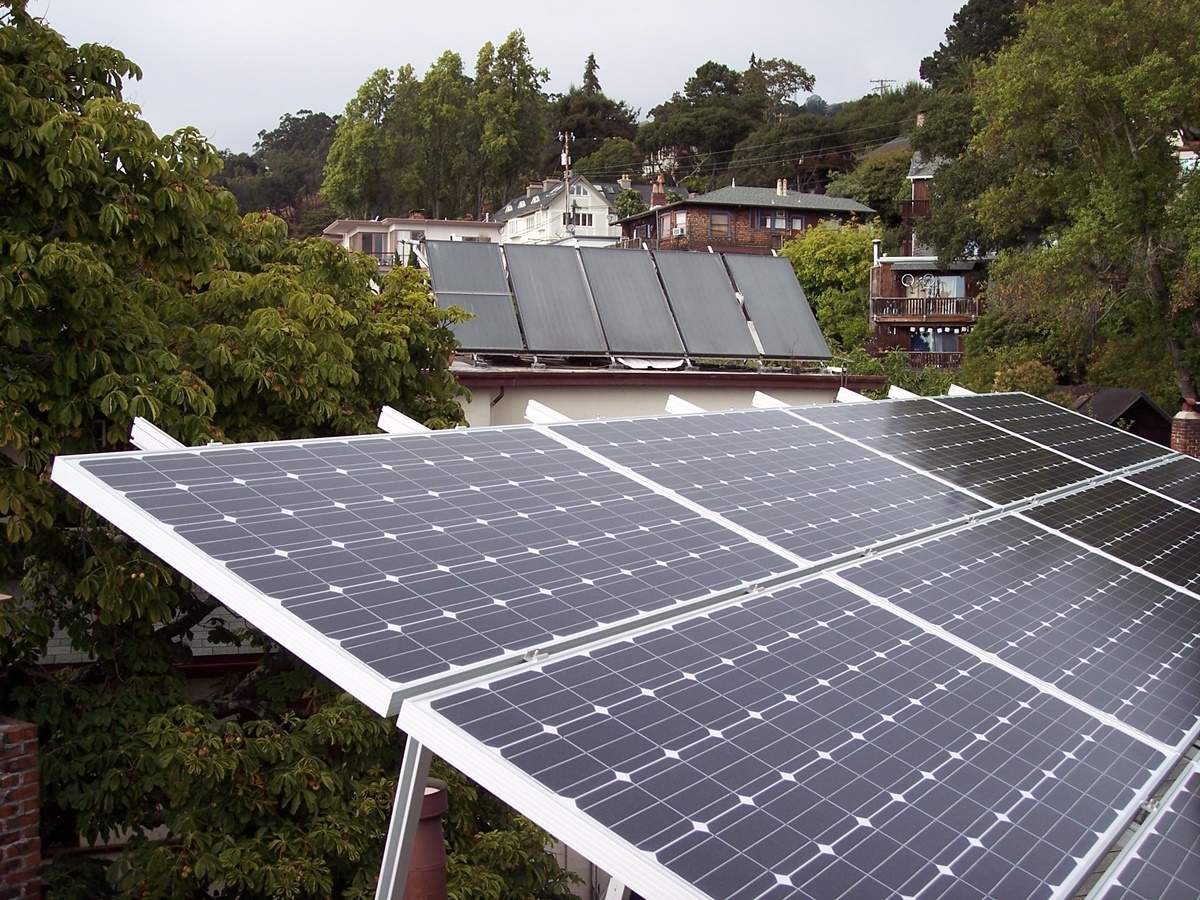 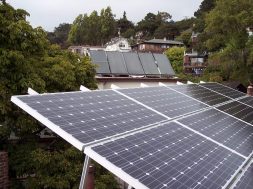 After the Industrial Revolution, the dominant source of energy worldwide became fossil fuels, with horse-drawn carts being replaced by cars fuelled by petrol and furnaces replaced by electric or gas ovens. But although this was a practical shift for human beings, it became catastrophic for the environment.

According to a 2019 World Bank report, in 2016, the air pollution in Greater Cairo alone was 66 PM (micrograms of particulate matter per cubic metre), or more than six times the recommended limit set by the World Health Organisation (WHO) of 10 PM.

Some 35 per cent of this is caused by the burning of fossil fuels. The figure has a dangerous effect on human health because the more carbon dioxide (CO2) emissions there are, the less the quality of the air, contributing to respiratory problems. CO2 is also a major greenhouse gas responsible for global warming, and this could eventually make the planet uninhabitable.

To reduce CO2 emissions and air pollution, the world needs to shift towards low-carbon sources of energy such as renewables that will play a key role in the decarbonisation of energy systems in the years to come. Some countries have switched to renewable sources of energy, like Canada which produced the most renewable energy in the world in 2019 followed by Sweden.

Egypt is switching to renewable energy by 17 per cent per year, the highest rate in Africa.

According to statistics issued by the Ministry of Electricity and Renewable Energy, renewable energy plants, especially solar-energy plants and wind plants, are producing more and more electricity in Egypt. This type of investment has also been “a life jacket” for the Egyptian economy over the past couple of years. It now has the potential to provide the country with double its electricity needs, up to 58.3 Gigawatts (GW) compared to the 31.4 GW produced in the past.

Examples of such projects are the Gabal Al-Zait wind project (2016-2019) and the Banyan solar-energy plant (2018-2019). Both have huge productive capacity. Laws were also issued in 2015 to increase investment in the field of renewable energy, with the aim of encouraging people to decrease their dependence on non-renewable energy. They also encouraged private-sector companies to produce solar-energy kits that could be used by individuals to turn them into “productive consumers”, with the government buying the surplus electricity they produced.

Various initiatives have been working on providing Egyptian households with solar energy. The Small-Scale Grid-Connected Solar System is a national project initiated by the Industrial Modernisation Centre (IMC) affiliated to the Ministry of Trade and Industry and by the UN Development Programme (UNDP) with the aim of generating electricity using small, decentralised, grid-connected systems in households, hotels, public places, commercial areas, and industrial buildings. The project also aims at providing training opportunities for technical staff and technical consultation and support for new markets as well as encouraging local production of the technology in Egypt.

Project manager Hend Farouh gave details about the project and the services it provides for Egyptian households. “The objective is to remove the barriers to increased power generation by small, decentralised, grid-connected systems implemented by households and small- and medium-sized enterprises,” she said, adding that installing such systems in residential areas could save on electricity bills and electricity consumption and increase confidence in solar energy as well as encouraging more facilities to install them. The project builds on planned government initiatives to develop a market for small, decentralised, renewable energy power generation by ensuring adequate returns on targeted private-sector investments.

“The project is financed by the Global Environment Facility (GEF), and the UNDP acts as the GEF implementing agency. It was executed by the Industrial Modernisation Centre (IMC) of the ministry of industry and foreign trade, which will assume the overall responsibility for results as the UNDP’s implementing partner,” Farouh added.

PROJECT GOALS: The project has been awarded the 2020 British Energy Institute Award, low carbon category, for its efforts in decreasing CO2 emissions by providing a model for best practices in implementing small solar-energy systems on the rooftops of different facilities.

It will catalyse the development of the decentralised, grid-connected, small-scale renewable energy power-generation market in Egypt and solar systems in particular. The target is to facilitate the installation of new decentralised private-generation systems, resulting in the direct reduction of greenhouse gases. Complementary indirect mitigation benefits are expected from sustained market growth, with an estimated greenhouse-gas reduction of at least 0.6-0.7 million tons of CO2 or equivalent, Farouh said.

The electricity generated is measured by a meter that subtracts the power consumed from the surplus power generated. There is also a monitoring system that can monitor the system locally or remotely.

Farouh said that solar energy was not only environmentally friendly, but was also lucrative for consumers. “Solar energy helps you to reduce your electricity bills. Trading electricity using solar panels under the metering scheme will allow you to save more money, especially with future energy-subsides removal policies. However, it all depends on the size of the solar system you choose to install. In some cases, people who have installed the system may save up to 100 per cent on their electricity bills,” she said.

Independently generating electricity systems have a long life and require little maintenance. Most solar panels are guaranteed for 20-25 years and are given a performance warranty of up to 10 years. Renewable energy sources like solar energy can thus reduce a household’s greenhouse gas emissions. The photovoltaic technology used in solar panels is environmentally friendly and does not release any CO2 or other pollutants, as the majority of panels are made using silicon which comes from sand, Farouh said.

House owners can apply to join the service using simple steps. “They need to send in their electricity bills and ownership documentation for their house. They should have a reasonable amount of non-shaded, unobstructed roof space for the installation and need to join a net metering scheme before installing it,” she said. They are also recommended to install energy-saving LED lighting and apply for energy efficiency plans. A residential client can receive technical support for up to 10 Kilowatts (KW) of the installed system.

The average cost for a KW of electricity generated using the system could range from LE10,000 to LE14,000 KW, according to market prices. The project’s website includes a calculator to help people interested in installing the system to calculate the cost, the needed area, and the payback period for the system they want to install. There is a recommended list of companies, including 50 Egyptian companies, that can install the systems and apply the relevant standards of technical support.

ACHIEVEMENTS: Thus far, a total of 115 such solar-energy plants have been built in Egypt, yielding 8.2 MW in electricity. Every year, they produce 13 GW of electricity per hour. There have been 201 trainees working on the project, and the implemented systems are worth $7.2 million in investments.

There are, however, still some barriers. “Our largest problem is the lack of awareness, and we are reducing this by online and offline campaigns to raise awareness of the project. There is also the high initial cost of the service. So, we work with banks and financial institutes to offer facilitated loans. Lastly, there is a lack of technical experience. To solve this problem, we have developed technical requirements to ensure the quality of installation, maintenance, and warranty,” Farouh said.

Over the last couple of years, there has been a renewable energy mania on social media, with some people specialising in the field even launching Facebook and YouTube channels to teach the public how to make solar-energy power plants using objects found at home.

“I have been to many public places where solar energy is used, and I think that it is environmentally friendly and efficient. It would also give people a break from the hefty electricity bills they have to pay every month. I wish that there could be a system that allowed the residents of the same building to split the cost of installing a solar-energy plant so that the idea could spread,” commented Ali Mohamed, a professional living in Giza.

Farouh said that in the near future the project aimed at leading a major transformation in the solar-systems market in Egypt. “The idea is to allow Egypt to scale up the supply of electricity to meet ever-growing demand without burdening the state with additional subsidy payments and to meet the need to invest in large power plants while also contributing to the government’s target of having 20 per cent of all power generation produced by renewable energy sources by 2022,” Farouh said.

“It aims at creating stakeholders who profit from renewable energy and have an interest in promoting it and involving individuals and households in their own power generation and transforming them from consumers to producers.

“It also aims at training more skilled technicians and providing a supply chain of system components, as well as working with local financial institutions to increase the available financing for small and medium-sized renewable energy projects,” she added.

She said that the project was currently working on a solar-energy hub, which is a platform to connect all stakeholders, including system integrators, facilitators, distribution companies, and clients. The platform will give clients information about entities that give financial and technical support for implementing solar systems in different sectors including households and manufacturing facilities. Work is also being done to manufacture more local components.