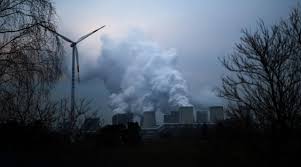 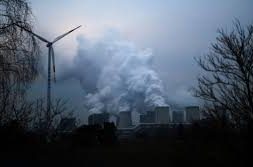 Germany needs to ease restrictions on the location and size of solar power plants and wind turbines and increase incentives if the country is to meet a target demanding it double renewable energy capacity by 2030, energy companies said on Tuesday. Germany has set a target of generating 65% of its power from renewable sources by 2030, requiring an increase in wind and solar generation capacity to between 215 and 237 gigawatts (GW) from 120 GW now. Renewables account for about 40% now.

Energy firms say regulations are hindering expansion, such as caps on financial support for households installing rooftop panels, restrictions on the size of photovoltaic parks and limits on how close to housing onshore turbines can be built. “Current space restrictions for several renewable technologies stand in the way of sufficient expansion rates and of the exploitation of existing land potentials,” Stefan Kapferer, chairman of German utility industry association BDEW, told a news conference.

Some of the restrictions have support from local communities which want to avoid having wind turbines too close to their homes, others are promoted by environmentalists who say putting turbines too close together disrupts nesting and flight paths for birds. The coalition government has allowed its energy transition policy to slip as it is hampered by infighting.

The government wants to achieve 61% CO2 emissions reductions by 2030 over 1990 levels, which requires 65% of power generation to come from renewables. It is also working to cut CO2 emissions from transport, building and agriculture. It is committed to bringing in a climate law this year that demands more action from polluting industries.

BDEW has been pushing for the capacity of offshore wind turbines to be raised to 17 GW each by 2030 from 15 GW, a limit set because of the German North and Baltic Sea’s sensitive maritime environment and fears about adverse effects on tourism. BDEW says raising the limit would ensure more efficient use of high offshore wind speeds.

BDEW represents 1,800 firms in power, gas, water and heat provision, including E.ON and RWE. Many of the companies are seeking partners to invest in new low-carbon energy projects.

Private bank Metzler said Germany would experience an investment boom in renewables to deliver on the 65% target by 2030 and 77% target by 2038 when it aims to have closed coal-fired plants. “The boom will be triggered by renewables becoming price competitive with conventional energy,” Guido Hoymann, head of Metzler’s equity research, told a briefing in Frankfurt.