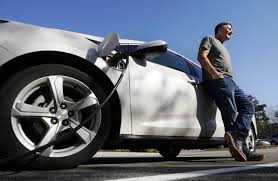 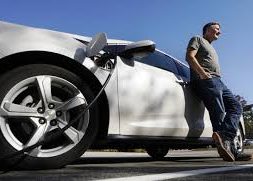 General Motors Co. is making a big claim about its future electric cars: The automaker will be able to sell them at “very average transaction prices” and be profitable, GM President Mark Reuss said in a presentation Wednesday.

GM announced in October 2017 that it plans to sell 20 electric-vehicle models globally by 2023. At the time, Reuss said the company’s EV technology is engineered to be low cost and make money. He went a step further today, saying GM’s program will make money without luxury-vehicle prices.

GM and most carmakers currently lose money selling electric cars. Tesla has put up a few profitable quarters, but even with its Model 3 selling for about $45,000 or more and the Models S and X often going out the door at more than $100,000, it struggles to make money. To boost revenue, it sells clean-air regulatory credits to companies that market far more gas guzzlers than EVs.

The cost to build an electric car is coming down, Reuss said, while the cost to add technology to conventional gas burners and make them meet regulations is going up.

“We’ll reach parity a lot sooner than people think,” he said at the UBS Global Industrials and Transportation Conference. “We’re driving down the cost of batteries and the whole EV in general.”

The average price of a new vehicle today is about $37,000. That’s also the sticker price of a Chevrolet Bolt, GM’s current electric car, which loses thousands of dollars for the company on each sale.

Today, battery packs from electric cars cost about $150 per kilowatt hour, according to a recent study from consulting firm McKinsey & Co. Reuss said to make a profit, this needs to drop well below $100.

0
0   0
previous AVANGRID Marks World Environment Day by Doubling Down on Its Commitment to Electric Vehicles
next Tesla's outpacing its electric car competitors, with May demand for Model 3 surprising Wall Street