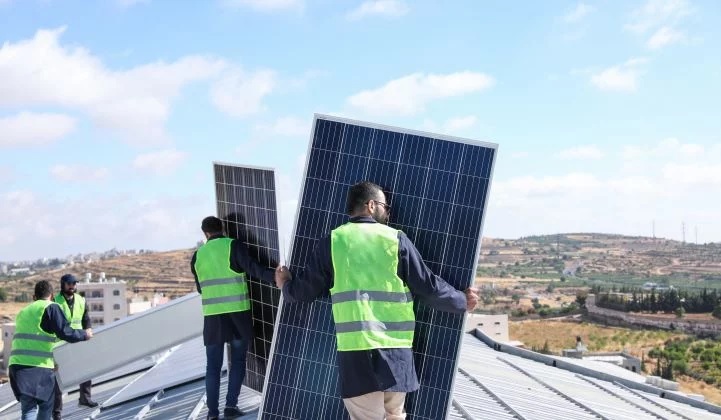 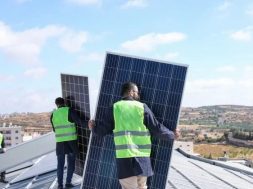 Goldman will put up to $275 million behind distributed solar projects, returning for more action in the C&I market.

Goldman Sachs announced plans to invest up to $275 million into a new, as-yet-unnamed U.S. development joint venture that will focus on distributed solar projects for commercial, industrial and municipal customers.

The new JV will be supported by Telos Clean Energy, recently formed by alums of Connecticut’s Greenskies Renewable Energy and which will provide development and construction expertise. The JV will then own and operate the finished projects.

It’s not the first foray into commercial solar for Goldman, which has invested in the renewables space for years both in the U.S. and globally. In March of 2019, the bank bought up more than 200 megawatts of commercial solar leases from SunPower as that developer began the process of tightening its belt.

Certain segments of the commercial and industrial solar market are growing, notably community solar and large off-site projects with corporate buyers. But there are opportunities in smaller distributed projects as well.

Back when Goldman announced its deal with SunPower, Michelle Davis, a senior solar analyst at Wood Mackenzie Power & Renewables, said those projects were traditionally too small to pique investor interest, but competition has prompted portfolio aggregation to make sales easier.

Telos’ CEO, Andrew Chester, left Greenskies in 2017 according to LinkedIn, a few months before the company announced its acquisition by Clean Focus Yield. Recently, the company changed hands again, with infrastructure fund JLC announcing in January it had bought Greenskies.

Throughout the ownership shifts, Greenskies has remained one of the top developers of commercial and community solar in the U.S. Greenskies installed around 50 megawatts in both 2018 and 2019, and the company told GTM in January it expects growth in 2020.

Pulling in former Greenskies employees should give the Goldman-Telos JV a head start in accomplishing its development vision. Goldman’s deep pockets won’t hurt, either. In a statement on the news, Chester acknowledged that the partnership, which Telos’ website calls a “strategic alliance,” will help the developer “scale and execute at pace.”