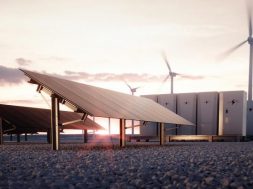 Land constraints, insufficient transmission facility and discom defaults on payments are the leading impediments to renewable energy adoption in the country. This has been unanimously agreed upon by both the industry and government stakeholders.

To address these bottlenecks, the government recently introduced certain measures, as it is aware of its commitments under the intended nationally determined contributions (INDC).

The 175 gigawatt (GW) target for 2022 requires us to install another 95 GW of renewable energy capacity in the next two years.

A modest share of this capacity has been tendered and / or is in the process of commissioning. However, there is a considerable chunk where tenders were cancelled or postponed and a larger chunk that remains to be tendered.

On July 12,2019, the government introduced two sets of modifications in scheme for development of solar parks.

The first modification is primarily aimed at Central Public Sector Unit (CPSU) and private entities who own land. The definition of “own land” has been expanded to include land taken from various state or central governments or their entities or PSUs on lease or on right to use basis.

The second applies to capacity tendered via Solar Energy Corporation of India (SECI).

SECI is made responsible:

States that facilitate the land for projects are awarded a facilitation charge of Rs 0.02 per unit, paid by the developer.

The developer must remunerate the external transmission system development agency to the tune of 40 per cent of the cost of the infrastructure. And, the developer will feed into the PSF at a rate of Rs 0.02 per unit. All these additional charges will be included in the bids released henceforth.

The government is certain that despite the industry’s struggles, the technology is cost-competitive and industry does not require financial support.

Therefore, the need is to prioritise public infrastructure. The existing provision of CFA for evacuation infrastructure (both internal and external) development will now be exclusively used for external power infrastructure, according to the modifications.

The ministry of new and renewable energy (MNRE) headed by RK Singh, on July 18, 2019, approved a proposal that called for early regulatory approval by central electricity regulatory commission (CERC) for renewable energy-linked transmission system worth 66.5 GW.

Transmission networks, in comparison to renewable energy projects, are associated with much larger gestation periods. Pre-approvals, could go a long way in kickstarting projects necessary for the large renewable energy capacity that is expected to come online in the immediate future.

The government is determined

This year MNRE sat down with industry stakeholders in various sessions to discuss the prospects of the industry. The takeaways from all these sessions have been addressed, at least partially, over the last week.

At 80 GW today, the Indian story was built on the back of solid policy foundation. Tweaking the policy to stay relevant has been the primary driver of the growth.

There is no doubt that government stakeholders are heavily leaning towards renewable energy expansion. The latest measures are sound steps, but it remains to be seen if their application will have any impact, to write home about.