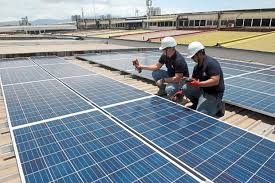 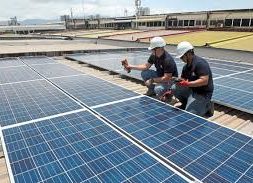 New Delhi: In an attempt to bring even small farmers under its solarisation drive, government has allowed use of pastureland and marshy land for the development of grid connected solar-power plants.

The ministry of new and renewable energy had amended guidelines of of Pradhan Mantri Kisan Urja Suraksha evam Utthaan Mahabhiyaan (PM-KUSUM) Scheme is expanding its scope to include new areas for setting up of solar power plants in rural agricultural areas.

The scheme so far allowed power plants only on barren, fallow and agricultural land. But with the changes, solar power plants can now also be installed on pastureland and marshy land of farmers.

Changes have also been made on the size of the power plant so that it makes it easier even for small farmers to invest in power generation. Accordingly, the solar power projects smaller than 500 kW can now be permitted by States based on techno-commercial feasibility.

Also, the selected Renewable Power Generator (RPG) have been given more time to commision the project with deadline for completion being extended by three months to 12 months from the date of issuance of Letter of Award (LoA). Moreover, no penalty will be levied on RPG for shortfall in solar power generation from minimum prescribed Capacity Utilization Factor (CUF).

“The changes would allow better participation of farmers in governments renewable power initiatives and help in expanding the reach of green power to remotest corners of the country,” said an official source not willing to be named.