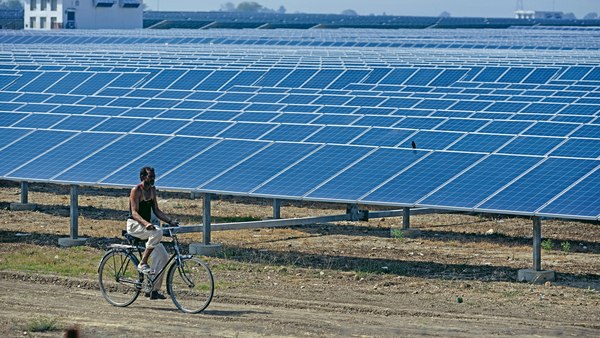 Govt to give renewables their moment in the sun 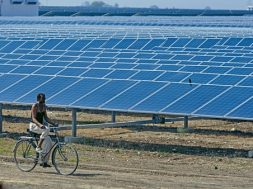 Govt to give renewables their moment in the sun

New Delhi: In a renewed push to cut India’s dependence on fossil fuels, the central government wants state-run companies to build massive clean energy parks at a cost of around $2 billion each, with built-in incentives to ensure states and operators are invested in the success of the parks.

Setting up such parks will bolster India’s image as a clean energy champion at a time the world is grappling with concerns related to climate change. Clean energy projects now account for more than a fifth of India’s installed power generation capacity.

These green energy parks will be set up under the existing Solar Park scheme, which provides the building blocks—land and grid connectivity—and will be implemented by a special purpose vehicle (SPV).

“Various public sector undertakings have been urged to set up ultra mega renewable energy plants in major states in collaboration with state governments through SPV mechanism for these parks,” said Anand Kumar, secretary in the ministry of new and renewable energy, adding that the SPVs can either purchase land or take it on lease from state governments or private parties.

To get states on board and facilitate the requisite clearances, state governments will be paid ₹0.02 per unit of electricity generated from the projects over their lifetime.

The power ministry’s ultra-mega power project programme was India’s earlier attempt to create large power generation capacities at a single location. However, it has had its share of problems, weighed by environmental concerns and local resistance. 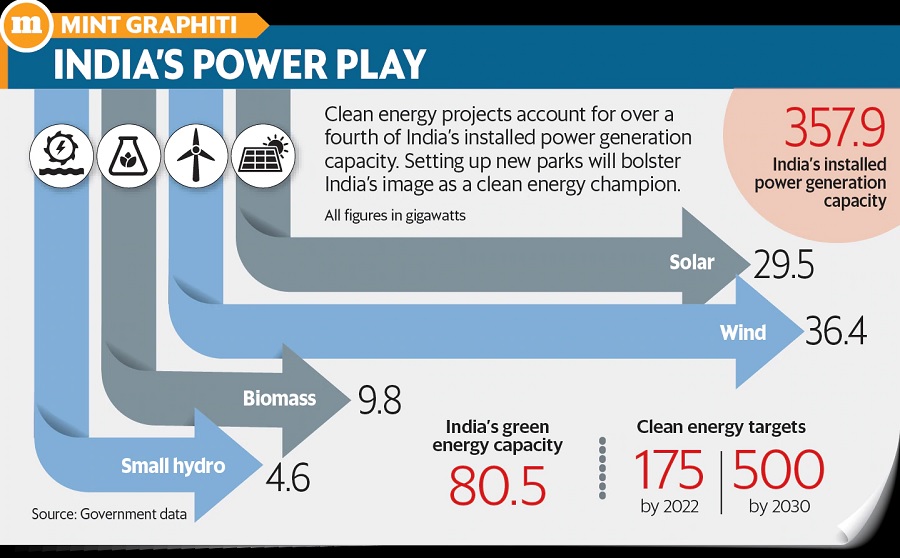 “The state governments will facilitate the SPV to identify and acquire land, and obtain required statutory clearances,” a government official aware of the plans said, requesting anonymity.

The SPVs will also be paid park development and operations and maintenance (O&M) charges by the developers, and ₹0.02 per unit on the electricity generated over their lifetime. The operators that will set up renewable energy projects such as wind or solar inside the clean energy park will be selected through tariff-based competitive bids..

India is seeking additional clean energy investment of around $80 billion till 2022, growing more than threefold to $250 billion during 2023-30.

These mega solar park plans comes against the backdrop of Tesla, China’s Contemporary Amperex Technology Co. Ltd (CATL) and BYD Co. Ltd, among others, showing an initial interest in the Indian government’s plan to build large factories to make lithium-ion batteries at an investment of about ₹50,000 crore. Aimed at securing India’s energy needs, the plan to set up these 50 gigawatt hour (GWh) factories has been cleared by the expenditure finance committee, with the final tender expected to be awarded by February. Each gigawatt hour (1,000 megawatt hours) of battery capacity can power 1 million homes for an hour and around 30,000 electric cars.

The government wants to make India a global manufacturing hub for electric vehicles and their components. This is aimed at arresting the South Asian country’s reputation as the world’s third-largest crude oil importer, saving on precious foreign exchange and also controlling pollution in its major cities.

In what is being marked as a turning point for India’s green economy, investments in the country’s renewable energy sector doubled over the last five years to around $20 billion in 2018, surpassing the capital expenditure in the thermal power sector, according to a joint study by Paris-based International Energy Agency and Council on Energy, Environment and Water.

India has been trying to rejig its energy mix in favour of green energy sources. At present, India has an installed power generation capacity of 357,875MW, of which around 22%, or 80,000MW, is generated through clean energy projects. India has become one of the top renewable energy producers globally, with ambitious capacity expansion plans to achieve 175GW by 2022 and 500GW by 2030, as part of its climate commitments.