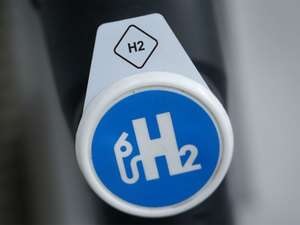 NEW DELHI: The government plans to set targets for hydrogen energy development, which is currently not included in its plan to develop 175 Gigawatts of renewable power by 2022.

A committee of officials has been formed to set specific targets to develop this source of energy, Indu Shekhar Chaturvedi, secretary, ministry of new and renewable sources of energy, said on Monday.

“As a part of a hydrogen mission, this committee would outline clearly quantiable deliverables. It would be focused towards creating volumes, addressing regulations, supporting demonstrations, and research and development,” he said at an online event on the potential of hydrogen energy organised by The Energy and Resources Institute.

He said the committee represents officials from various ministries. He did not specify when the targets would be declared, but he said the ministry was currently focused on a medium to long-term timeline for the mission’s execution.

“We also expect the cost of hydrogen-based energy will fall signficantly over the next few years,” Chaturvedi said.

According to TERI, hydrogen use in India can expand between three to ten times by 2050 if the focus shifts towards a carbon-neutral economy. The main usage of hydrogen would be in fuel cells for electric vehicles, it said.

Currently, hydrogen does not form a plan of India’s renewable energy future plans. The government’s stated capacity target of 175 GW by 2022 lists 100 GW from solar, 60 GW from wind, 10 GW from biofuels, and 5 GW from hydro based projects.