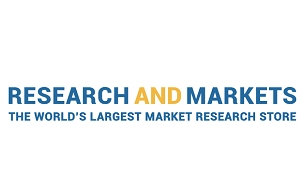 The global green hydrogen market size is expected to reach USD 60.56 billion by 2030, according to this report. The market is expected to expand at a CAGR of 39.5% from 2022 to 2030. The growing government investments and subsidies benefitting clean fuel usage along with hydrogen economy being touted as an environment-friendly alternative to fossil fuel economy are likely to strengthen the demand over the forecast period.

The pipeline segment in the distribution channel accounted for 63.11% of the market in 2021. A pipeline is the most economically viable method to transport large volumes over long distances. Cargo segmentation is expected to grow at a CAGR of 40.9% in the forecast period owing to increased demand for green hydrogen.

The market in North America is anticipated to attain a prominent growth rate over the forecast period, with U.S. and Canada leading the region owing to the implementation of clean energy policies. In the U.S., California holds the majority of the market share with the growth driven by aggressive de-carbonization targets, such as phasing out of gas or diesel-powered public buses by 2040.

Major players in the industry are focusing on innovation and technological advancements to reduce the high cost of electrolyzer units, boosting the commercialization of green hydrogen production. In addition, market participants are emphasizing practicing several strategic initiatives such as joint ventures, partnerships, mergers & acquisitions, and others to enhance their foothold in the market over the coming years.

Countries realizing their untapped potential in hydrogen markets are expected to enhance the industry landscape over the coming years. In October 2019, Siemens announced a technical partnership on a 5 GW wind and solar combined energy project in Australia. The company is expected to provide its electrolyzer technology to generate green hydrogen through renewable-powered electrolysis. The clean hydrogen produced is intended to be exported to Asian markets.

ResearchAndMarkets.com is the world’s leading source for international market research reports and market data. We provide you with the latest data on international and regional markets, key industries, the top companies, new products and the latest trends.