Hero Future is interested in the Fotowatio Renewables project, said one of the two people cited above, requesting anonymity. The second person, who also didn’t want to be named, confirmed the development.

Fotowatio Renewables was awarded the project in a reverse auction conducted by state-run Solar Energy Corp. of India (SECI) at a tariff of ₹4.43 per unit. 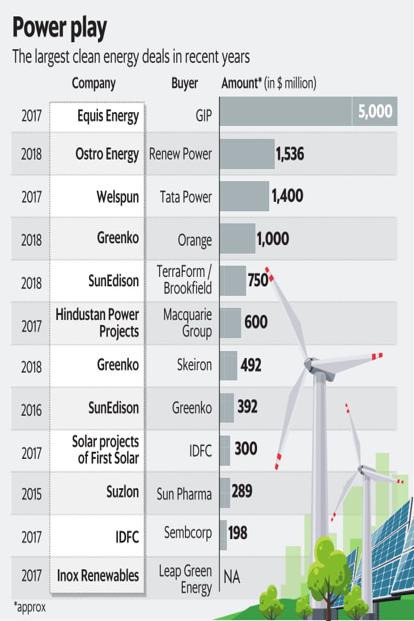 This has necessitated developers to raise resources at the lowest cost. Mintreported on 14 January about Japan’s Daiwa Securities Group Inc. being hired by Leap Green Energy Pvt. Ltd, promoted by the family of former Formula 1 driver Narain Karthikeyan, to raise funds from China, Japan and South Asian countries for its clean energy business.

Queries emailed to the spokespersons of Fotowatio Renewable Ventures and Greenstone Energy Advisors on Tuesday evening remained unanswered. A Hero Future Energies spokesperson said, “As a policy we do not comment on market speculation.”

India’s renewable energy space has also seen consolidation in the backdrop of considerable overseas interest. The latest example is Malaysia’s Petronas initiating talks with New York-based I Squared Capital to buy a majority stake in Amplus Energy Solutions Pvt. Ltd, one of India’s largest rooftop solar power producers, in a deal potentially worth about ₹2,700 crore, as reported by Mint on Wednesday.

India is ranked fifth globally in terms of installed renewable energy capacity, according to the government. India has a solar installed capacity of 24.33 gigawatts (GW), with another 22.8GW capacity under implementation, although there are concerns about the asset quality.

Some of the renewable energy deals in the works as reported by Mint are; PTC India Ltd’s wind power valued at around ₹2,000 crore that has seen interest from the Indian arm of CLP Holdings Ltd, Macquarie Infrastructure and Real Assets (MIRA) and Hero Future Energies.

tags: Hero Future in talks to buy Fotowatio’s solar project in India
49
previous 33,500 MoUs to be signed at Vibrant Gujarat Summit
next Railways Is Chalking Out A 4GW Plan For Powering Its Locos With Solar Energy