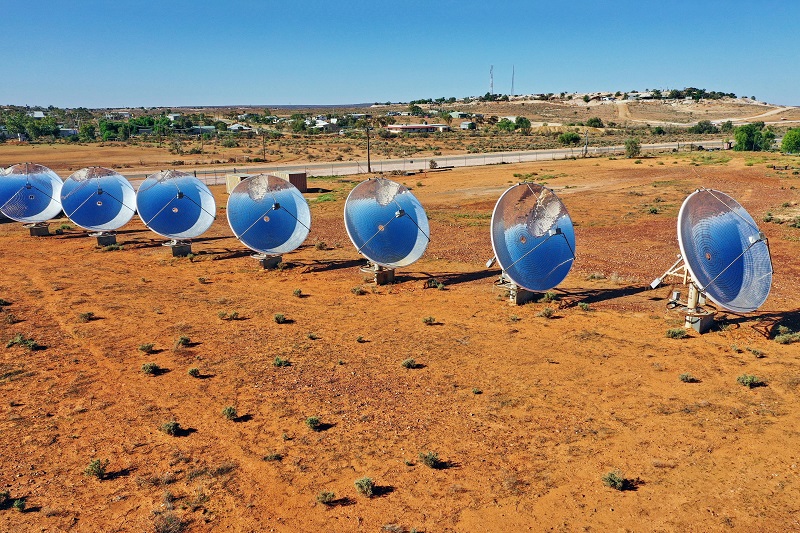 RECAI 56: Developers and investors are tapping the country’s sunshine, land and strong winds to drive a renewables revolution, despite policy issues.

For Australia’s renewable energy sector, there is a renewed sense of optimism. Last year, Australia was deploying new renewables 10 times faster per capita than the global average, and four times faster per capita than in Europe, China, Japan or the US. Another sign of Australia’s ambition to lead the renewables revolution is the more than 10GW of roof-mounted solar photovoltaic (PV) deployed, by far the largest per capita rooftop-PV deployment in the world.

Recently, the pace has slowed. The COVID-19 pandemic has caused the biggest fall in global energy investment in history, and the Australian sector was not spared, falling off a cliff in the second quarter. Only AU$600m (US$429m) was invested in large-scale renewable projects, a drop of almost half from the first quarter, with uncertainty over federal policy and delays in grid connection also to blame.

With Australia reaching its Renewable Energy Target of 33,000GWh by 2020, a year early, incentives are lessening, with new solar and wind farms no longer as reliant as they were on subsidy support. However, a rapidly maturing corporate power purchase agreement (PPA) market is leading a shift in direction and there are predictions aplenty that corporate PPAs will drive investment in renewables throughout Australia over the long term.

With Australia reaching its Renewable Energy Target of 33,000GWh a year early, fewer incentives are required. However, a rapidly maturing corporate PPA market is leading a shift in direction and there are predictions aplenty that corporate PPAs will drive investment in renewables over the long term.

AEMO’s optimal development path for the National Electricity Market (NEM) also suggests solar panels, backed by small batteries, could provide between 13% and 22% of electricity by 2040. In addition, electricity from new large solar and wind farms is expected to replace some 15GW of coal-fired generation that is scheduled to shut.

Clearly, there are high hopes for renewables in Australia, as their use continues to accelerate at a rapid pace. However, currently, renewables still represent a small portion of the nation’s energy mix, with fossil fuels accounting for 79% of total energy generation last year.

At the policy level, the opportunity to build back better in the wake of the COVID-19 crisis could provide a watershed moment for the renewables sector. An EY assessment commissioned by the World Wide Fund for Nature suggests stimulus programs backing clean energy as a path out of recession would create nearly three times as many jobs for every dollar spent on fossil fuel developments.

However, the Australian Government continues to champion a recovery built on gas, offering AU$52.9m (US$37.2m) in funding to unlock more gas specifically for the domestic market. The Government announced it will continue to fund the Australian Renewable Energy Agency with AU$1.43b (US$1.18b) over the next decade, but it has overhauled its mandate, shifting investment in solar and wind to hydrogen, carbon capture and storage, microgrids and energy efficiency.

Grid problems have been causing delays to the Australian renewable energy development pipeline. Project sponsors, regulators and grid operators are starting to realize the importance of the role energy storage needs to play to allow the smooth penetration of intermittent clean electricity. Increased procurement of battery storage projects and the ancillary services they can provide, government funding, and regulatory signals to favor co-location of batteries with generation are some of the top drivers for the country’s promising energy storage market.

This year, Australia is set to add 1.2GW of energy storage, more than double last year’s total, according to Wood Mackenzie, as developers look to maximize returns from their wind and solar projects.

In September, the Government of the Australian Capital Territory announced that Neoen and Global Power Generation will supply 200MW of wind power to the national capital at record low prices, with the firms also building 50MW and 10MW/20MWh big batteries respectively. For Neoen, it is the first stage of the AU$3b (US$2.1b) Goyder project that proposes to combine 1.2GW of wind, 600MW of solar and 900MW/1,800MWh of battery storage. Each component will be the biggest of its kind in Australia and, together, the hub will be the largest of its kind in the world.

Australia is set to add 1.2GW of energy storage this year, more than double last year’s total, as developers look to maximize returns from their wind and solar projects.

Although surpassed this year by front-of-the-meter, behind-the-meter capacity is expected to grow by an impressive 581MWh. Policy support has been provided, with state Government schemes in South Australia and Victoria offering generous subsidies to help households install batteries to reduce their energy costs, in response to record-high retail prices last year. As a result, comparatively low feed-in rates for exported PV energy and market-competitive energy storage costs have pushed Australia’s household storage capacity above 1GWh.

Amid these favorable conditions, the costs of energy storage systems are expected to decline by 27% over the next five years. By 2025, the levelized cost of electricity of solar-plus-storage and solar-and-wind-plus-storage are expected to be lower than that of gas plants, which should mark a tipping point for Australia’s renewables sector.

Australia has long been a net exporter of energy, with predominantly coal and gas equaling to around two-thirds of production. As the country’s energy sector transitions to a low-carbon future, however, it seeks to also transform its exports and become a renewable energy export superpower.

At a policy level, a major statement of intent was made in July, when the Government announced it will fast-track an ambitious US$16b 10GW/30GWh solar/battery project that will send 24-hour renewable electricity to Singapore via a 4,500km cable. Granted “major project status” by the Government, developer Sun Cable’s Australia-ASEAN Power Link is to be built by the end of 2027.

Although yet to win support from Singapore’s Government, the project would consist of the world’s largest solar array, biggest battery and longest power cable, providing 3GW of dispatchable electricity. About 3,700km of the high-voltage, direct-current cable would be under the sea and would connect Australia to the planned 16-nation ASEAN power grid, while also supplying power domestically to Darwin. Ambitious expansion plans could result in connections being established from India to New Zealand.

Meanwhile, another mega-project – the 15GW Asian Renewable Energy Hub, backed by Macquarie Bank and energy groups Vestas, CWP Energy and InterContinental Energy – is equally ambitious. With a US$20b price tag, it will be the world’s largest wind-solar hybrid project, with the vast amounts of renewable energy generated used to produce green hydrogen and ammonia for export to Asian markets. The hub also plans to sell about 3GW to iron-ore mines and liquefied natural gas facilities in Western Australia. Construction will not start until 2026, with the first exports expected one or two years later.

Policymakers have already pledged their support, with the Government agreeing to co-fund an AU$500m (US$352m) pilot project in Victoria to generate “blue” hydrogen from coal and store the emissions produced in an undersea basin. The Council of Australian Governments (COAG) Energy Council has estimated the potential value of the nation’s hydrogen export industry could reach AU$26b (US$18b) by 2050, transforming the nation into a major force in renewable energy.

The two mega-projects would elevate Australia to a renewable energy export superpower, but it must still be proven to investors that the projects are profitable and there is the know-how to conquer the complex technical challenges posed.

Price volatility and grid stability cloud the picture
Output could be reduced if solutions are not found to bolster system strength and network capacity.

While developers and investors are driving renewed growth, and ambitious export plans lie in the pipeline, the sector is facing headwinds on grid stability and price volatility. Renewables projects have been held back by grid bottlenecks and have faced the risk of radical curtailment because of insufficient network capacity and system strength.

Policymakers have fast-tracked Project EnergyConnect, which will play a key role in improving grid stability and reducing energy price volatility. The 330kV above-ground transmission line, with approximately 800MW transfer capacity, will connect South Australia and New South Wales, with an added connection to north-west Victoria, and should be completed by 2023. In parallel, the New South Wales Government is creating three Renewable Energy Zones, involving the development of new grid infrastructure in energy-rich areas.

The construction of pumped hydro project Snowy 2.0 will provide an additional 2GW of dispatchable, on-demand generating capacity and approximately 350GWh of large-scale storage to the NEM, to alleviate some of the grid constraints in southern New South Wales.

Meanwhile, electricity retailers have tried out new tools to manage price volatility. AGL Energy has started a number of virtual power plant trials that will allow customers to harness the power of their solar battery systems in return for credits. Almost 25% of standalone homes – around 1.7 million in total – have solar systems installed, and AEMO estimates an additional 150,000 will be installed by 2025. Clearly, this signals a shift in mindset in consumers and approaches to managing price volatility.

Policymakers have fast-tracked Project EnergyConnect, which will play a key role in improving grid stability and reducing energy price volatility. The 330kV above-ground transmission line, with 800MW transfer capacity, will connect South Australia and New South Wales, plus north-west Victoria, and should be completed by 2023.

With a half dozen coal plants exiting the system over the next 15 years, and the only material replacement, other than Snowy 2.0, being significant volumes of non-synchronous generation, price volatility could be a major long-term issue. In response, the Government announced in mid-September that it is prepared to construct a new gas-fired power station if the Liddell coal-fired power station is not replaced.

The move is built on fears of a price spike akin to the rise in wholesale prices, by 85%, after the closure of the Hazelwood coal-fired power station. The Government will also set a dispatchable capacity investment target of 1GW in New South Wales, to come online by the end of 2023.

In a reflection of the broad uncertainty surrounding policy in Australia’s renewables sector, the COAG Energy Council has tasked the Energy Security Board (ESB) with developing advice on a long-term, fit-for-purpose market framework that could apply from the mid-2020s. In the near term, more change could be on the horizon, with the ESB required to recommend any changes to the existing market design, or an alternative market design, by the end of the year.

Despite this policy uncertainty, the future should shine bright for Australia’s renewables sector. Developers have launched a renewables revolution, leading the global shift to a low-carbon transition. The closure of thermal plant, combined with the falling cost of renewables and batteries, provides a tremendous opportunity for continued impressive growth. If the industry can weather the storm caused by policy uncertainty, it will be supercharged for success.

Summary
Developers and investors are driving renewed growth in Australia’s renewables sector, while the country has ambitious green energy export plans. Despite policy uncertainty – and issues with grid stability and price volatility – the future looks bright for the industry, and Australia could be on its way to becoming a green energy exporting superpower.