Iberdrola signs shareholder agreement with Siemens and will hold 8.1% in the new Gamesa resulting from the merger with Siemens Wind Power

Iberdrola signs shareholder agreement with Siemens and will hold 8.1% in the new Gamesa resulting from the merger with Siemens Wind Power

After completion of the merger agreements between Gamesa and Siemens, filed today with the Comisión Nacional del Mercado de Valores (CNMV), Spain’s stock exchange commission, Iberdrola will hold 8.1% of the shares of the Basque company.Within the framework of the process, the company chaired by Ignacio Galán, as leading shareholder of Gamesa with a 19.686% stake, has closed an agreement with the German company which will be filed with the CNMV, Gamesa and the business register of Biscay.From the beginning of the negotiations, Iberdrola has backed the agreement between the two companies in order to create a global leader in wind turbine manufacturing, with headquarters in Spain.

Iberdrola Chairman, Ignacio Galán, said today that “we’re very happy to have contributed to the creation of the world’s largest manufacturer of wind turbines of which Iberdrola will continue to be a prominent shareholder. The new company will have headquarters in Spain and will be listed in the Spanish Stock Exchange.”After prolongued negotiations, Iberdrola firmly believes that the combination between Gamesa and Siemens will create a new company with strengths and potential that each company individually wouldn’t attain.As important as the creation of a world leader based in Spain are the benefits of the transaction for all of Gamesa’s retail shareholders, which Iberdrola kept in mind during its own separate negotiations with Siemens.Thus, Gamesa shareholders will receive €3.75 per share, via an extraordinary dividend, and will benefit from synergies estimated €230 million each year in terms of Ebit.

The shareholder agreement signed between Iberdrola and Siemens has the overarching objective of defending all of Gamesa shareholders, particularly retail shareholders, whilst ensuring that control by Siemens has the right internal checks and balances, the appropriate presence of independent directors in the Board and a proper company management, through the best corporate governance practices.Corporate headquarters of the new company will be in Spain as well as its operating centre, effective head offices and the offices of its onshore wind division. The operating hubs for offshore wind will be in Germany and Denmark. Also, the company will continue to trade in the Spanish continuous market.

In addition, the shareholder agreement between Iberdrola and Siemens guarantees the presence of the former in the Board of the resulting new company which will comprise 13 members. Initially, two proprietary directors will be appointed by Iberdrola. They will abstain from voting in those commercial decisions affecting suppliers competing with Iberdrola.

Description of the Gamesa-Siemens transaction
Gamesa and Siemens have agreed into a merger contract by which both assets and liabilities of the latter will be integrated in the former in exchange of Gamesa shares. To that end, the Basque company will carry out a capital increase to be subscribed in full by the German company.As a result of the operation, Siemens will hold 59% of the share capital in the new company and the current shareholders of Gamesa will own the remaining 41%.Among those shareholders, Iberdrola will keep an 8.1% stock in the new Gamesa. At the close of markets yesterday, the company chaired by Ignacio Galán owns an 19.686% stake in Gamesa.

Through the agreement with Siemens both Iberdrola and Gamesa’s retail shareholders will receive a cash payment of $3.75 per share through an extraordinary dividend, which will be paid in full by the German company.The company chaired by Ignacio Galán will receive €206.16 million, taking into account that it currently owns 54.97 million shares in Gamesa. This means a premium of 26% on the close price of Gamesa’s share on 28th January 2016.According to schedule, the merger between Gamesa and Siemens Wind Power should become effective in March 2017. 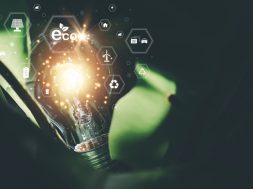