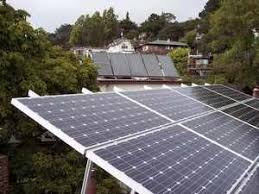 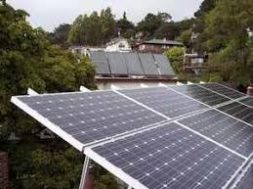 Solar and wind projects are seen constituting 440 gigawatts of capacity out of the projected 831 gigawatts in more than a decade.

Solar and wind energy projects may constitute over half of India’s total power capacity by 2030, according to a draft report by the country’s power-planning body, which sees the country surpassing its climate goals.

Solar and wind projects are seen constituting 440 gigawatts of capacity out of the projected 831 gigawatts in more than a decade, the Central Electricity Authority said in the report Monday. All non-fossil fuel sources will form 65% of the total installed capacity and contribute around 48% of gross electricity generation. The share of coal in overall capacity is likely to drop to a third from about 56% now. Still, the polluting fuel will continue to produce half of the country’s electricity by 2030, compared with about 72% now.

“The recent cost trends of renewable energy generation sources have given them the footing to compete with conventional sources of electricity generation,” according to the report.

The report, which is yet to be adopted by the government, identifies the intermittent nature of renewable generation as a limiting factor and advocates adoption of grid-scale battery storage. The reducing cost of batteries will help in faster roll out, it said.

India is projected to overtake the U.S. as the world’s second-biggest emitter of carbon dioxide from the power sector before 2030, as the nation’s electricity demand skyrockets, the International Energy Agency said in its World Energy Outlook last year. Carbon dioxide emissions from the Indian power sector are likely to be 1,154 million tonnes by 2029-2030, the CEA said.