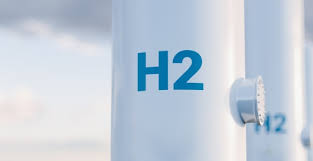 Pradhan said the government is committed to augmenting the hydrogen supply chain infrastructure in the country.

India will augment its hydrogen supply chain infrastructure as it looks to accelerate plans to generate the carbon-free fuel, which may have an edge over other non-fossil fuel sources, Oil Minister Dharmendra Pradhan said Thursday.

“Hydrogen has great potential to emerge as a future source of energy,” he said. “The enthusiasm about hydrogen has a simple reason — whether it’s used in a fuel cell or burned to create heat, wherever hydrogen replaces fossil fuels, it slows global warming.”

Carbon-free hydrogen can be produced from fossils fuels, such as natural gas or coal, by splitting water into hydrogen and oxygen using a current of electricity. Hydrogen thus generated can be used as a transport fuel.

However, hydrogen supply and distribution in India face challenges such as high production costs and complimentary infrastructure requirements.

Speaking at a roundtable on hydrogen economy, Pradhan said the government is “committed to augmenting the hydrogen supply chain infrastructure in the country”, including integrating it with flagship programs like SATAT that generates compressed biogas from municipal and agri waste.

Stating that work was on pilot projects to produce blue hydrogen (from fossil fuels) and green hydrogen (from renewable sources), he said hydrogen was being blended with compressed natural gas (CNG) for use as a transportation fuel as well as an industrial input to refineries.

“Fifty buses in Delhi are plying on CNG blended with hydrogen on a pilot basis. We plan to scale it up in the coming months across the major cities of India,” he said.

Pradhan further said various initiatives for the greater use of hydrogen in India’s energy mix are being taken, including the recent budget announcement of a National Hydrogen Mission for making a hydrogen roadmap for the country.

Indian refineries, he said, are planning to leverage the available surplus hydrogen capacities for meeting the initial demand in mainstreaming hydrogen.

One of such projects is underway at Gujarat refinery of Indian Oil wherein the combination of hydrogen production through natural gas and its hyphenation with the carbon capture technology will result in the production of blue hydrogen.

Multiple buses powered by fuel cells will be covering various iconic routes. “Efforts are underway to leverage the vast CNG pipeline infrastructure to reduce the transportation cost of hydrogen,” he said.

Stating that global efforts are focused on finding ways to develop a hydrogen economy, he said the contours of India’s energy transition roadmap include the development of emerging fuels, particularly hydrogen.

“Energy is integral to support our fast-growing economy. We are developing an energy sector which will be growth-centric, industry-friendly and environment-conscious,” he said. “This requires ample access to affordable energy to improve the lives of Indians coupled with the need to have a smaller carbon footprint.”

The inclusion of hydrogen as an energy carrier in the future energy portfolio presents a unique opportunity to address emerging energy sectors, including power to gas, power to power, and power to mobility and even vehicle to grid applications, he said.

“India remains committed to environmental and climate causes with a massive thrust on deploying renewable energy and energy efficiency measures,” he said, adding India’s renewable power portfolio has grown from 32 GW to almost 100 GW in the last six years.

India is targeting 450 GW of renewable energy generating capacity by 2030.

“Diversification of our energy basket would be the key lever enabling energy transition,” he said. “However, it is equally important that the new energy-mix options synergize and co-exist with the established base technology already operational in the respective countries, in which huge capital investments have been made.”

The role of hydrogen as a chemical is well known. “We all now recognize the importance of hydrogen as an energy carrier and efforts are underway to devise ways to harness it in a reliable, cost-effective and safe manner.”

“My Ministry of Petroleum and Natural Gas, with a mandate of keeping the energy pipeline flowing, is committed to augmenting the hydrogen supply chain infrastructure in the country. Presently, as in the case of other countries, our petroleum sector is the largest producer of hydrogen for various refinery process operations.

“Hence, we realize petroleum sector’s capability to produce hydrogen molecules, stored and traded as gas, making it a natural votary of this new energy form,” he said.

The utility of hydrogen is not going to be limited only to the transport sector. “The maturity of the ecosystem can be accelerated through its usage as a decarbonizing agent for a range of sectors, including industry covering chemicals, iron, steel, fertilizer and refining, transport, heat (domestic and industrial) and power,” he said.

By establishing synergies with natural gas, hydrogen can be easily adopted in the energy mix without seeking major infrastructural overhauling, he said. “We are looking forward to introducing H-CNG as an intermittent technology in a big way for both automotive and domestic cooking applications.”

tags: Dharmendra Pradhan Hydrogen India
0
previous India to spend $200 million in next 5-7 years to promote hydrogen use
next US, India to launch hydrogen task force under Strategic Energy Partnership