Home India India to have 60% power capacity from renewable energy by 2030: RK Singh 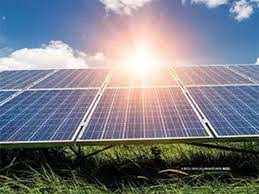 India to have 60% power capacity from renewable energy by 2030: RK Singh 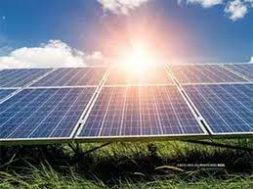 India to have 60% power capacity from renewable energy by 2030: RK Singh

At the launch of TERI’s new report, ‘Renewable Power Pathways: Modelling the Integration of Wind and Solar in India by 2030’, the minister said that India has the fastest growth rate in the world in renewable energy

New Delhi: India can integrate more than 30% of wind and solar in its power system, while still maintaining security of supply and without raising the total economic costs of its electricity system, according to a new report by The Energy and Resources Institute (TERI). The report also identifies a number of strategies to achieve this.

The report, titled ‘Renewable Power Pathways: Modelling the Integration of Wind and Solar in India by 2030’, was launched on Tuesday along with the report titled ‘Bending the Curve: 2025 Forecasts for Electricity Demand by Sector and State in the Light of the COVID Epidemic’ by Shri RK Singh, Honourable Minister of State (IC) of Power and Renewable Energy, and Minister of State, Skill Development and Entrepreneurship, Government of India.

The minister said India is transforming its energy sector and is happy to engage with the challenge. He added, “We are aiming to make our thermal capacity flexible, almost 55% in the first stage and gradually extend it to the entire capacity. All our demand growth will be met by renewable energy. We are balancing the grid through hydropower. We are looking at growing capacity from floating solar. There have been innovative bids for meeting peak demand, for round the clock electricity, and for storage, all of which will bring prices down.”

The report launch, which was followed by a technical discussion, was part of the ‘Virtual Sustainable Action Dialogue on Energy Transition’, a pre-event of the World Sustainable Development Summit, TERI’s annual flagship event that is to be held in February 2021.

The report identifies a number of strategies that are required to accommodate the growth of variable renewables and allow for the achievement of India’s mid-term renewables targets. Its key findings are:

The two reports have been prepared by Energy Transitions Commission (ETC) India, which is a research platform based at the TERI headquarters in New Delhi. It is the Indian chapter of the global ETC, which is co-chaired by Lord Adair Turner and Dr Ajay Mathur, Director General, TERI.

The platform aims to foster the adoption of low-carbon pathways in India through intense and informed discussions between ETC members in India, key policy makers and others concerned with technology options.

“We are now at a time with renewable energy where the fundamental principle should be that all growth in electricity demand can be met by zero carbon sources. We then have to work our way through getting out of the existing coal capacity. This will be a huge contribution to delink from the problem of climate change,” said Lord Turner.

The institute’s research and research-based solutions have had a transformative impact on industry and communities. Headquartered in New Delhi, it has regional centres and campuses in Gurugram, Bengaluru, Guwahati, Mumbai, Panaji, and Nainital, supported by a multi-disciplinary team of scientists, sociologists, economists and engineers, and state-of-the-art infrastructure.

India’s $28 Billion of Green Bonds Are Under the Spotlight