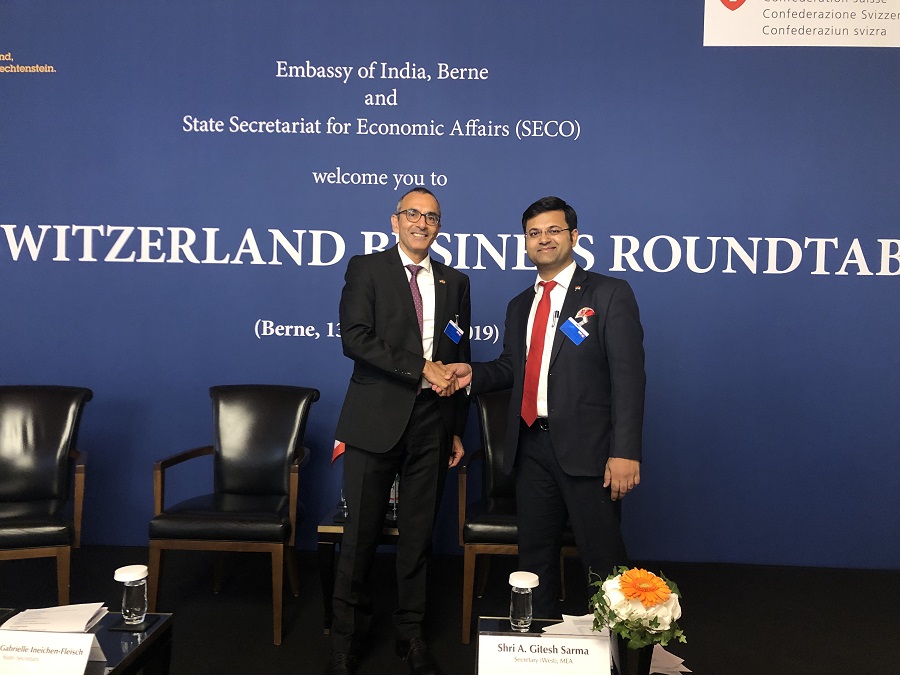 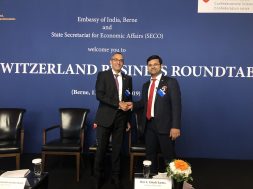 EquiCap Asia is pleased to announce that our Associate Director Mr. Sunil Dayal participated in the India-Switzerland Business Roundtable Conference held in September 2019 at the Swiss Canton of Berne. The Roundtable Conference was co-chaired by the Hon’ble President of the Swiss Confederation Mr. Ueli Maurer, Hon’ble President of India Mr. Ram Nath Kovind, and several high-ranking officials of the Swiss and Indian Government.

Addressing the India-Switzerland Business Roundtable, Indian President Kovind urged the Indian and Swiss startups to collaborate and add value to each other. “We are home to the third largest Start-up network in the world with over 21,000 enterprises. Our 30 unicorns are valued at over 90 billion US dollars. Swiss Start-up ecosystem is equally impressive. We must join hands and add value to each other,” he said.

The president noted that Swiss business is increasingly engaging India. “Today, there are over 250 Swiss companies present in India. It includes different business models – from sales to manufacturing for exports to third countries. This operational diversity reflects the confidence of Swiss investors in the Indian economy,” Kovind said. The Chief of the State Secretariat for Economic Affairs (SECO) Mr. Erwin Bollinger interacted with the business delegation.

The highlight of this business delegation were the G2B, B2B interactions with the SECO, Berne Economic Development Agency (BEDA), Swiss companies, Government officials, investment promotion agencies and the business forum to get an insight into the Swiss business climate, government policies, incentives, and other relevant information relating to doing business both in Switzerland and South Asia.

Speaking at the occasion to the executives of the India-Switzerland Business Roundtable about EquiCap Asia’s participation, Mr. Dayal spoke about the project development model being undertaken by InfraCo Asia in South Asia, by shouldering the high-risk development capital. EquiCap Asia is the developer team for InfraCo Asia Development Pte in South Asia region for its infrastructure projects. 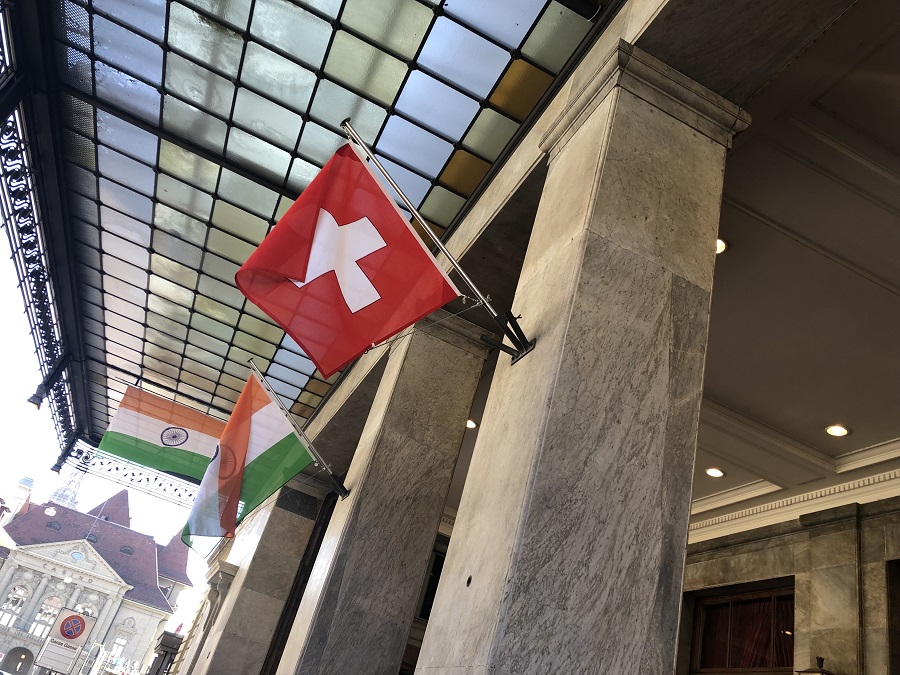 EquiCap Asia & InfraCo Asia are engaged in investment for a sovereign fund which represents the interest of the government of the UK, the Netherlands, Switzerland and Australia. Speaking to Swiss media, Mr Dayal remarked “Swiss investors and organizations have shown strong interest to explore possibilities of joint-venture in the areas of Infrastructure development including climate change, EVs and renewable energy.”

Such discussions address gaps in the international development architecture to support infrastructure provision that’s results in high development impact. DI is critical to the achievement of the UN Sustainable Development Goals (SDGs). We foresee that such partnerships will open gateways to significant markets for Switzerland and other EU members in South Asia.” Says Dayal

Sunil Dayal works for a multilateral DFI which is engaged in investment for a sovereign fund which represents the interests of the governments of the UK, the Netherlands, Switzerland and Australia. He is an alumnus of Indian Institute of Technology. 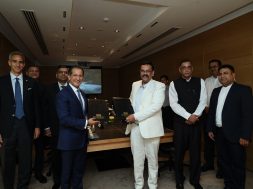