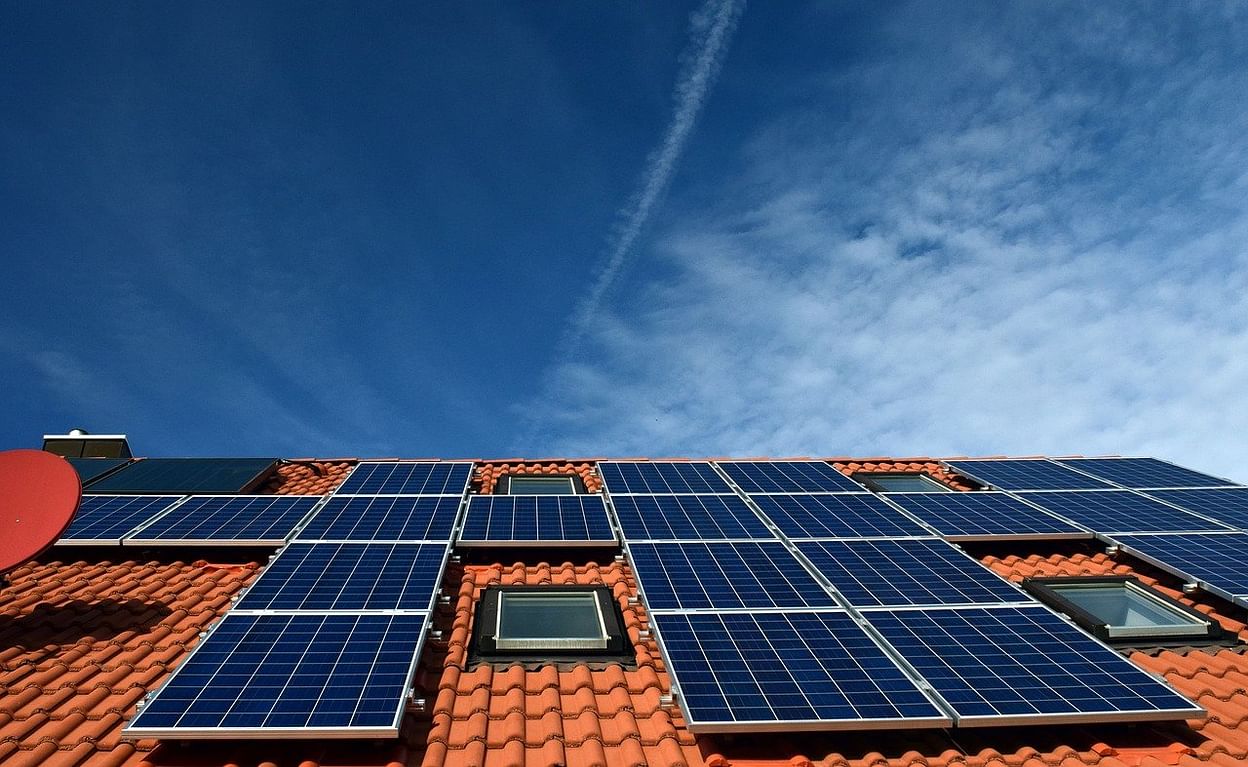 As per India’s third BUR submitted to the UNFCCC in February 2021, total GHG emissions, excluding Land Use Land-Use Change and Forestry (LULUCF) in 2016 were 2,838.89 million tonne CO2e and 2,531.07 million tonne CO2e with the inclusion of LULUCF. India’s total GHG emission also includes CO2 emissions from oil & gas sector and industrial processes and product use (IPPU) sector. The emissions based on India’s first, second and third BURs are as following:

Further, according to a research study carried out by the Indian Space Research Organization using observations of Orbiting Carbon Observatory satellites of NASA, total column atmospheric CO2 concentration over representative sites of India during January 2020 to June 2021 was found to vary on daily basis from approximately 406.3 on 31 August 2020 ppm to 416.1 ppm on 28 April 2021.

Carbon Capture, Utilization, and Storage (CCUS) is an emerging area of research. Its efficacy is yet to be fully established in terms of techno-economic feasibility. The Department of Science and Technology (DST) works in the area of CCUS through emphasis on research and development and capacity building of both human resource and infrastructure to evolve appropriate technologies and methodologies. The Department of Science and Technology and Department of Biotechnology in 2018, had launched a Joint Funding Opportunity Announcement (FOA) for inviting proposals on Innovation Challenge on CCUS under the multilateral Mission Innovation (MI)initiative to undertake joint Research & Development with MI member countries to identify and prioritize breakthrough technologies in the field of CCUS.

As a developing country Party under the UNFCCC and its Paris Agreement, India is not required to undertake decarbonization of any sector, in keeping with the principle of equity and in accordance with the principle of common but differentiated responsibilities and respective capabilities. However, India is committed to development along a low-carbon pathway while maintaining its commitment to sustainable development. To meet this objective, India has undertaken a number of programmes, initiatives, schemes and other steps.

Through the National Action Plan on Climate Change (NAPCC) and its various National Missions, India is addressing climate change mitigation and adaptation across a range of sectors. Installed capacity of solar energy in India has increased by more than 18 times from 2.63 GW in March 2014 to 47.66 GW in October 2021. As a result, India’s current share of non-fossil sources based installed capacity of electricity generation is more than 40%.

Under Unnat Jyoti by Affordable LEDs for All (UJALA) scheme, a total of 36.78 crores LED bulbs have been distributed to enhance energy efficiency. Perform Achieve and Trade (PAT) scheme for energy efficiency in industries and other energy-intensive sectors resulted in total savings of approximately 13.28 million tons of oil equivalent, translating into 61.34 MtCO2 of avoided emissions in the PAT Cycle II.

India is making every effort to decouple its growth from emissions, by steadily lowering the emissions intensity of its GDP over the years. This keeps India’s GHG emissions below what would otherwise have been emitted. It is important to emphasize that there is no sector of India’s economy and no aspect of its economic life that is untouched by concern to keep to a low-carbon development pathway.

Further, the Government has also initiated a project across the States of Andhra Pradesh, Maharashtra, and Odisha on Enhancing climate resilience of India’s coastal communities at a total cost of US $130.269 million which includes a grant of US$ 43.419 million by Global Climate Fund (GCF) covering 24 ecosystems in these selected States which aims to strengthen the climate resilience of coastal communities by protecting and restoring India’s natural ecosystems such as mangroves and seagrass.

This information was provided by Shri Ashwini Kumar Choubey, Minister of State in the Ministry of Environment, Forest and Climate Change in Lok Sabha today.