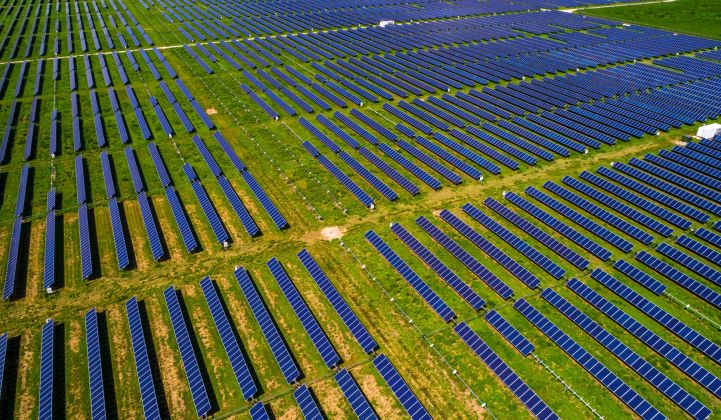 Is the Utility-Scale Solar Industry in a Finance Bubble? 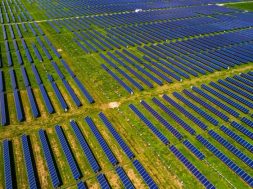 Is the Utility-Scale Solar Industry in a Finance Bubble?

The utility-scale solar market has gotten “frothy” in the last year and a half.

A flood of new investors, like pension funds and insurance companies, now view solar as a stable asset. That “wall of money” going after a smaller pool of projects has created a market so competitive that many sponsors are willing to accept lower-than-average returns. Power-purchase agreement prices have also fallen to new lows, and contract terms have gotten shorter.

Industry financial experts say, taken together, those trends have led to a mispricing of risk for what Wood Mackenzie Power & Renewables has called “dirt-cheap, shorter-term PPAs.” Now, sponsors are looking at a market with tight returns and potentially risky exposure to a project’s post-PPA residual value.

The phenomenon has some in the industry concerned about a renewables pricing bubble — where a reliance on future modeled electricity pricing may shock the market.

“There’s no shortage of uncertainty about what residual value will look like. What has become a more relevant trend is the extent to which asset owners’ returns are reliant on residual value as opposed to the revenue they generate during the power-purchase agreement term,” said Cory Honeyman, director of solar research at Wood Mackenzie Power & Renewables. “That is a risk factor that has not been covered to the extent that it should within the market.”

While nearly everyone GTM spoke to agreed there’s some reason for concern, the extent of those feelings varied. Some see these themes as big and important unknowns. Others say they’re a consideration, but ultimately just a part of the industry’s push for continued growth.

According to WoodMac’s latest solar project finance report, the number of active asset owners in the utility-scale solar market has steadily increased in recent years. Sixty-eight new sponsors entered the market in 2017, the highest number ever, according to WoodMac’s tracking (the firm has not released a number for new entrants in 2018, but expects it to be comparable or higher). 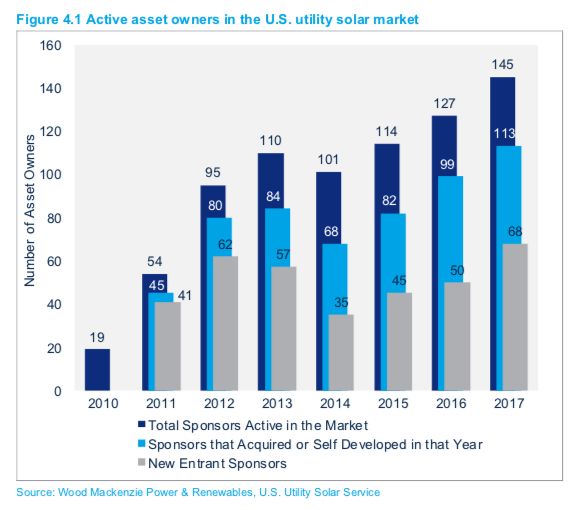 At the same time, Keith Martin, an attorney at Norton Rose Fulbright specializing in tax and project finance, said 2018 brought a “general pullback” on projects from developers, due to tax reform and tariff uncertainty.

“You had this wall of money looking for projects and not finding many of them,” he said.

That’s led to stiff competition for the projects that do exist.

“Here’s the analogy that sits in my head when I think about this: It’s kind of like a Wild West situation. Everyone is out there fending for themselves. You have all these investors that are like, ‘How do I get my hands on the next solar project?’ Everyone is bringing their knives out, whatever they came to the fight with,” said Richard Matsui, CEO at kWh Analytics, a firm that specializes in risk management for solar investments. “The aggressive guys win the deal right now.”

What “aggressive” means for newer investors — which often have lower costs of capital — is a willingness to accept lower returns, which puts pressure on everyone else in the market to shift their standards as well.

“We’re in part of a cycle where people tend to overpay for things, ultimately,” said Chris Archer, who leads the team at Macquarie Capital that invests in clean energy.

Ironically, these funds are joining the market because they see utility-scale solar as a long-term, stable investment. But the flood of capital has pushed the market to be less so, said Grant Davis, managing partner at Infra-Energy Capital Advisors.

“The volume of capital that’s come into that market…has really raised the risk profile.”

Who that risk impacts the most depends on a project’s financing — and who’s left holding the bag at the end of its functional life.

From “gravy” to a main dish

That risk stems in part from changing expectations for power-purchase agreements.

“The number of projects with long-term busbar PPAs has not been growing as rapidly as the capital side has been growing,” said Matsui. “In fact, PPAs are getting shorter.”

Shortened PPAs mean that a project has a tighter window to hit its required returns, which usually range from 6 to 8 percent. What’s more, PPA prices are dropping to new lows, with a handful of deals now signed at less than $25 per megawatt-hour.

To cope with the impacts of those trends, the WoodMac report notes, project sponsors are increasingly relying on over half of their returns coming from the post-PPA period, otherwise known as residual value. That forces sponsors to take a gamble on merchant power price forecasts that extend 15 to 20 years in the future.

According to Davis at Infra-Energy, investors are “going to be lucky if they get their capital back in the contract period,” and will most likely be relying on the post-contract period for returns.

WoodMac’s Honeyman said residual value used to be “the gravy” on top of existing returns. It’s now being treated as a primary revenue stream.

Davis said investors are “pricing operating assets to perfection” to make sure projects pencil out economically.

“Everything has got to line up in order to achieve…somewhat modest returns, which doesn’t give you a lot of room for problems,” he said.

And the market, which is still maturing, is likely to change in the next two decades.

“Personally, I think these assumptions that are being made are far more aggressive than what the investors think they are getting from a risk standpoint,” Davis added.

Project finance experts say the market dynamics have pushed project sponsors to bank on returns that may be overly reliant on forward electricity price curves which may not come to pass.

The term “aggressive” was thrown around quite a bit during the reporting of this story, in relation to the competition for deals and the assumptions needed to make them happen.

Katherine Ryzhaya, chief commercial officer at solar developer Lightsource BP, said that, because merchant prices may not meet expectations, her team is more careful in dealing with projects that may rely on residual value.

She said Lightsource has continued to focus on 20- and 25-year deals. “That’s still our view that those are the better deals, rather than putting all our chips in the merchant market.”

“Our general market view is that the merchant curves are aggressive,” she added. “Do we [cut] merchant exposure here for our internal models? Yes, we do. And we’ll give a more substantive [cut] to projects that have longer merchant exposure.”

Several firms create the electricity price forecasts that developers and investors use, including Wood Mackenzie (the parent company of Greentech Media). WoodMac’s current model shows prices remaining mostly flat through the 2020s; the firm projects price growth in the 2030s.

But Robert Whaley, a principal analyst in North American power and renewables for WoodMac, said those curves rely on the assumption of a carbon price starting in the late 2020s. That, along with WoodMac’s gas price assumption, is the most significant variable in its pricing model. But if Congress doesn’t pass a carbon price in the next decade — and tangible federal momentum is currently severely lacking — Whaley said prices over the next 20 years remain “much flatter.”

Because of those variables, Whaley said the firm provides several high and low cases, with a price spread.

“It’s quite wide, looking at all the variables. That’s why we try to provide sensitivities so people can get a sense of how volatile these forward projections are,” he said. “The model itself is based in reality as much as we can make it.”

But Whaley also noted that developers seem so eager to get into the market before the projected price growth kicks off that they may be willing to take a loss on near-term contracts to crowd out the competition.

“They’re making some gambles today off of project price growth in the future,” he said. “Obviously, it’s risky, because of all the variables we talked about.”

Though Whaley presented the price curves as a range that’s subject to change, many said the sponsors that use the price projections are relying on growth.

“The market is behaving as if that’s gospel truth,” said Matsui at kWh Analytics.

When working in tandem, the themes now shaping the market have created challenges and uncertainty for utility-scale solar. But Davis suggests any potential “bubble” may just be par for the course.

“Potentially, there is a bubble, and you can say that about many markets over time,” he said. “If you look at the renewables sector, you’ve had…a favorable regulatory environment in terms of incentives. You’ve had a declining cost curve that has been supportive of continued penetration in the markets. You’re starting to see a little bit of an evolution toward becoming more merchant-like.”

“I would expect, somewhere along the line, some fallout in the industry,” said Davis. “It’s just like an engine: It can’t run-red hot forever.”

Looking ahead, Davis said industry players “need to instill some discipline back into the market.”

Ryzhaya at Lightsource agreed that the market will need to find a way to modulate. She said it needs a strong market signal from investors that the lower cost of capital will also go to longer PPAs. At the same time, she said it’s up to the entire industry to innovate for a new array of counterparties and to get comfortable with the current risk profile for projects.

“It seems that, hopefully, it is a temporary phenomenon, but it also seems like developers whose business model it is to sell into the froth are doing that at extraordinary levels,” said Ryzhaya. “Developers and long-term capital providers need to find a balance between shorter-term contracts and merchant exposure.”

Archer at Macquarie said that in the long-term, the conditions don’t necessarily equate to a threat to the industry, but they do mean change.

tags: Finance Is the Utility-Scale Solar Industry in a Finance Bubble? SOLAR UTILITY-SCALE SOLAR
57
previous Trends Shaping the Global Solar Market in 2019
next Trendforce: China IGBT Market Scale will Reach RMB 52.2 Bilion in 2025 and HEV/EV will be the Largest Application Field