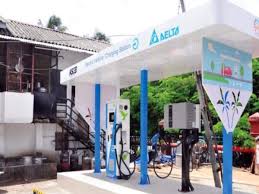 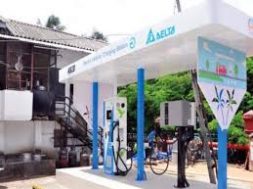 Out of the four e-vehicle charging stations, three are being set up by Agency for Non-conventional Energy and Rural Technology (ANERT) and one by Kerala state electricity board (KSEB). The works in this regard are being carried out in association with Energy Efficiency Services Ltd under the Union government.

ANERT officials said that out of the three charging stations they are setting up, the one outside ANERT headquarters is a solar-powered one. They have plans to convert the stations at Shangumugham and Thycaud too into solar-powered stations in the future.

The government has already announced that the service of these EV charging stations will be free for the first three months.

A fleet of 50 new EVs for government will also be flagged off during the occasion. Finance minister Thomas Issac will inaugurate the distribution of LED bulbs under ‘Filament-Free Kerala’ initiative. Ports minister Kadannappally Ramachandran will launch the solar subsidy scheme.