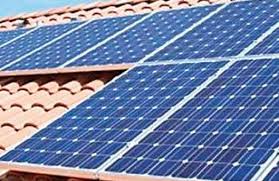 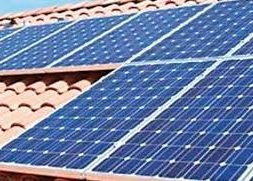 It is important to note that solar plants often do have lightning arresters installed, which prevent damage to electronic instruments present inside the solar panels.

HYDERABAD: With an increase in demand for power supply, people are moving towards alternate sources of energy such as solar power. However, these solar power plants are often at nature’s mercy, and lightning affects them adversely. Many a time, lightning damages the components, thus raising maintenance cost. To address this issue, two Telugu students from AP have come up with an app and a sensor which gives accurate predictions about lightning and isolates the electrical components from the solar panels.

This installation was exhibited on the second and concluding day of the Rural Innovation Startup Conclave on Saturday. The setup consists of a GSM module, Arduino controller, solar panels and relays. Made by R Riyaz and Rithin K Thedevos from Kuppam Engineering College, AP, the system consists of an app which alerts solar plant workers of impending lightning risk.

It is important to note that solar plants often do have lightning arresters installed, which prevent damage to electronic instruments present inside the solar panels. However, they often fail, causing severe damage to transformers and the corresponding electrical components.

“Vajrapaat app-based lightning indication is installed in the college campus. It gives, alerts 40 minutes before heavy lightning,” the paper said.