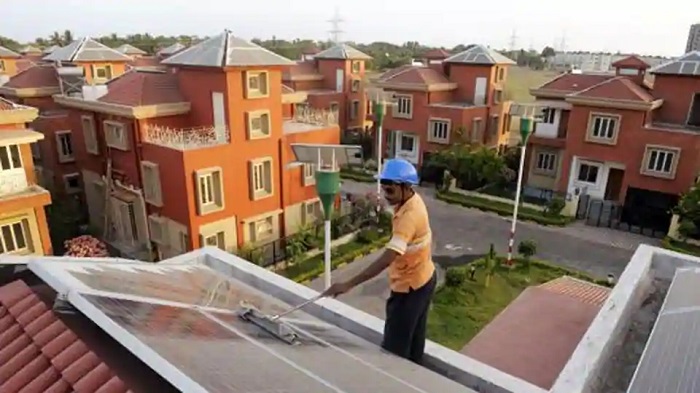 The survey by Council on Energy, Environment and Water found that only 7.29% households have considered buying a solar home system.

Only 41% households in Maharashtra are aware of the solar home system while only 0.43% have installed it in their homes, a survey by the Council on Energy, Environment and Water (CEWW) reveals.

The report – State of Electricity Access in India: Insights from the India Residential Energy consumption Survey (IRES) 2020, looks at household energy consumption patterns across 21 states in the country.

In Maharashtra, the CEWW surveyed 1,400 households in the state and 96 households in Mumbai. The report also stated that only 7.29% households have considered buying a solar home system.

Sunil Mani, programme associate at the CEWW said, “Most of the households who are aware of the system said that it is expensive and also requires more space which is not feasible. Plus, Maharashtra and particularly, Mumbai also has good power supply, which is why many households have not considered the solar system though it is the best option from a sustainability point of view.”

Mani said that financially viable products and more awareness of the solar home system could help people switch to it.

The report states that 99% of the households in Maharashtra are electrified with 22 hours of supply on an average everyday. Ninety eight per cent of the households also have functional meters and 99% are regularly billed while 88% of those surveyed said that they are also satisfied with the services. “Though a high number of consumers are satisfied with the services, many also feel that they need to be informed about power cuts in advance,” Mani said.