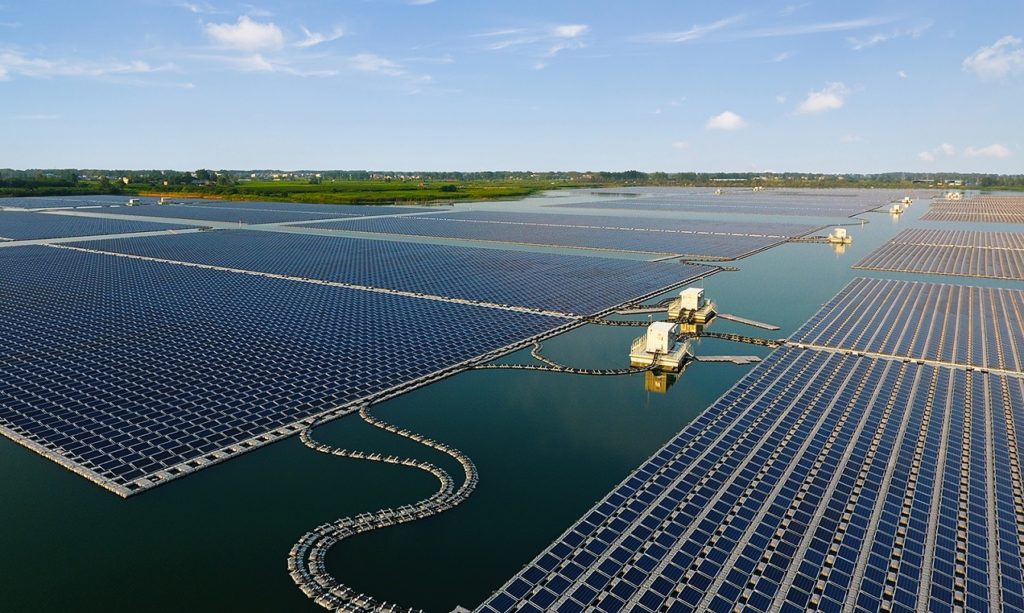 A Chinese government policy that resulted in hundreds of megawatts of floating PV projects deployed on flooded coal mines could be replicated elsewhere, according to Sungrow.

Through the Top Runner programme, the country’s National Energy Agency issued a tender in 2016 for the installation of 1GWp of floating PV (FPV) in coal mine subsidence areas, in Anhui and Shandong provinces, with Sungrow Floating, a division of Chinese inverter manufacturer Sungrow, among the winning bidders.

Tender winners will sell the generated electricity from their floating solar plants to the State Grid Corporation of China.

With the projects making the most of underutilised space as well as promoting local employment, the Chinese example is “worth learning”, said Kane Wang, manager of Sungrow Floating’s system solution department.

“We believe that governments of all countries can learn from China’s experience and focus on planning these abandoned waters with low utilisation value as floating PV power plants, so as to develop clean energy while making full use of water resources, saving land, driving economic development and employment,” Wang said, adding that this “is a choice that every smart and responsible government will make”.

Sungrow Floating has deployed more than 1.1GW of FPV globally, with projects in markets such as Vietnam, Malaysia and Thailand adding to scores of developments in its home market, the largest of which has a capacity of 150MW and was completed in Anhui Province in 2017.

Wang now sees strong potential for deploying floating solar in markets such as Taiwan, South Korea and India, which all have policies in place to support the sector’s growth. Malaysia and the Philippines also have “relevant floating PV promotion plans”, he said.

Taiwan is home to the world’s largest offshore floating solar plant, a 181MWp park that was completed in November by local developer Chenya Energy, which welcomed “sound supportive measures” from the government to boost FPV deployment such as promoting banks to finance projects. Chenya said it was able to complete the project despite the impact of earthquakes and typhoons on development.

With the deployment of floating projects also presenting challenges in terms of their impact on water ecology, changes in water depth as well as potential equipment corrosion, Sungrow Floating has set up a research and development unit to overcome such issues.

In addition to flooded coal mines, Sungrow Floating sees potential in deploying FPV in water bodies such as hydropower dams (which can take advantage of shared transmission infrastructure), irrigation reservoirs and natural lakes. “Although the national conditions of each country are not the same, each country will have some abandoned waters with very low utilisation value,” Wang said.