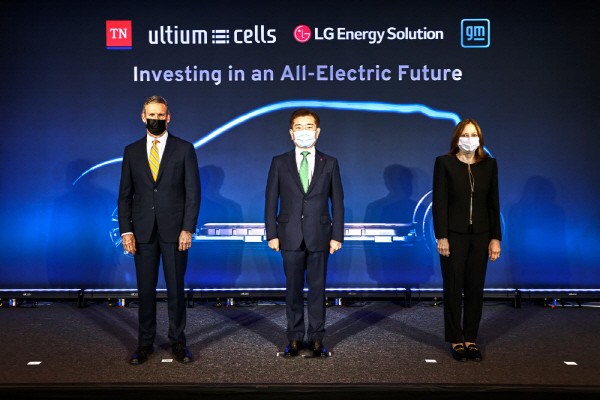 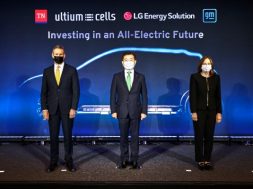 Korea IT News reported that LG Energy Solution will commence the mass production of EV batteries for GM’s first heavy electric truck this October. The initial shipments of these batteries will come from LG’s battery plant in South Korea. Next year, the manufacturing of LG’s batteries for GM’s EVs will be handled by Ultium Cells, a US-based joint venture of the two companies. Currently, LG and GM are jointly building two battery plants in the US, one in Tennessee and one in Ohio. According to Korea IT News, LG will be activating its production line dedicated to the manufacturing of the batteries for GM’s vehicles at the start of this fourth quarter.

GM’s first heavy electric truck is the GMC Hummer Pickup. The battery that LG will providing for that model is based on a long pouch cell format. The individual battery pack is sized 580mm x 113mm, and it reportedly offers a higher energy density compared with the traditional EV batteries based on the cylindrical cell format.

The cathode of the long pouch cell is NCMA, and it should be pointed out that LG Energy Solution is adopting the quaternary cathode design for the first time with a pouch cell. The composition of LG’s NCMA cathode is heavy on nickel (85%) while light on cobalt (15%). Hence, it costs less than comparable solutions offered by competitors. In terms of performance, the long pouch cell has a capacity of 100Ah and can give an EV a range of 600km on a single charge.

While LG Energy Solution and GM continue to deepen their collaborative relationship, they have encountered some setbacks. Various news outlets have reported that hundreds of thousands of Chevrolet Bolt and Bolt EUV EVs have been recalled recently because of defective batteries from LG Energy Solution. According to an article from Reuters, GM expects LG to bear some of the US$1.8 billion expense to replace the battery modules in Bolt EVs. As for the adoption of pouch cells for EV batteries, Tesla CEO Elon Musk commented that this package format is not suitable and has a high risk of thermal runaway. However, it is worth noting that Telsa is in discussion with LG for the adoption of the latter’s NCMA cells.