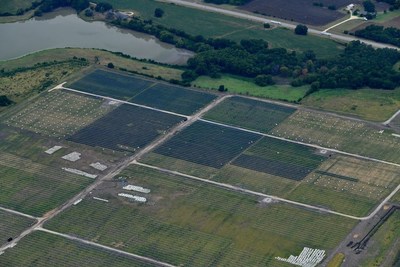 HOUSTON : LyondellBasell today announced it has made another step forward in its journey to net zero greenhouse gas (GHG) emissions. The company signed two additional long-term renewable electricity power purchase agreements (PPA) with Buckeye Partners for a total of 165 megawatts (MW) to be sourced from Buckeye’s solar farms currently under construction in north Texas.

This announcement is another example of the progress LyondellBasell is making towards achieving its 2030 goal of procuring at least half, approximately five million megawatt hours (MWh) per year, of its current electricity consumption from renewable sources.

This agreement is the fourth renewable energy PPA for LyondellBasell and comes just one month after the company announced PPAs with ENGIE North America for 100 MW and Buckeye for 116 MW. The four agreements represent a total of 381 MW of renewable energy, estimated to generate approximately 1,037,000 megawatt-hours (MWh) of clean power annually. This is equivalent to the yearly electricity consumption of over 96,000 American homes.

“Infused in the work we do and products we make is our commitment to continually improve the quality of life and the environment,” said Peter Vanacker, CEO of LyondellBasell. “Renewable energy is an important step to achieving our GHG emission reduction goals on our journey to net-zero by 2050. Through their use in the production of wind turbines, solar panels and electric vehicles, our products are critical to the energy transition. Expanding our investment in wind and solar energy sources helps reduce the emissions associated with producing the vital products which make renewable energy possible.”

Buckeye’s Crown and Sol solar projects are located in Falls County, Texas on adjacent sites and are expected to commence commercial operations in the third quarter of 2023. Each PPA term with LyondellBasell is for 15 years. The projects are estimated to generate over 400,000 MWh of clean power annually for LyondellBasell, equivalent to 152,000 metric tons of carbon dioxide or the yearly electricity consumption of nearly 37,000 average American homes.

Decarbonizing electricity supply through the purchase of renewable electricity is important to meeting LyondellBasell’s 2030 targets. The renewable energy source target is estimated to reduce approximately 1.5 million metric tons of greenhouse emissions from its scope 2 emissions annually.

As a leader in the global chemical industry, LyondellBasell strives every day to be the safest, best operated and most valued company in our industry. The company’s products, materials and technologies are advancing sustainable solutions for food safety, access to clean water, healthcare and fuel efficiency in more than 100 international markets. LyondellBasell places high priority on diversity, equity and inclusion and is Advancing Good with an emphasis on our planet, the communities where we operate and our future workforce. The company takes great pride in its world-class technology and customer focus. LyondellBasell has stepped up its circularity and climate ambitions and actions to address the global challenges of plastic waste and decarbonization. In 2022, LyondellBasell was named as one of FORTUNE Magazine’s “World’s Most Admired Companies” for the fifth consecutive year.