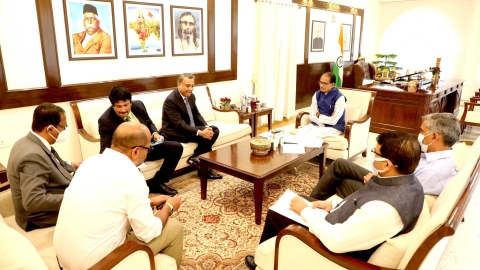 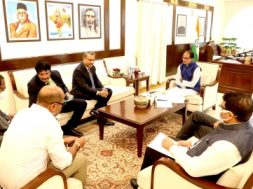 Chouhan said state government is positive and sensitive about activities being carried out for environment protection.

Chouhan said state government is positive and sensitive about activities being carried out for environment protection. Sinha presented a sapling and book titled, Fossil Free, on renewable energy in India to the chief minister. The company is keen to set up a 50 kg tonne green hydrogen production unit in the state, which will be the first project of this capacity in the world.

inha said hydrogen produced from green energy is useful from point of view of environmental protection.

Considering the abundant solar and wind energy available in state, there is ample potential for green hydrogen production in state. Renew Power is ready to invest Rs 18,000 crore in the proposed project. This will provide employment to about 2,000 people.