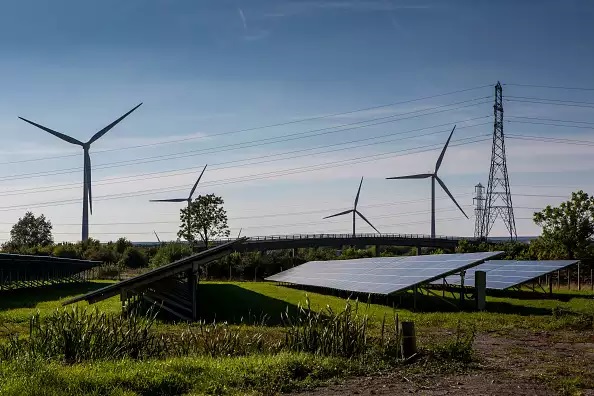 “Nitin Raut, Minister for Power and New & Renewable Energy, Government of Maharashtra, today while highlighting the Maharashtra’s New Renewable Energy Policy said that the policy aims to promote public and private sector participation and will attract an investment of Rs 75,000 crore in power and allied sectors,” FICCI said in a statement on Thursday.

Addressing an interactive session with the CEOs of renewable energy and power companies organised by FICCI, Raut said the policy aims to implement 17,000 MW of renewable power projects in the next 5 years.

It is expected to create direct and indirect employment for one lakh people, along with giving priority to hybrid power projects.

“In line with the Paris Agreement, the Government of Maharashtra is committed to achieving 40 per cent electricity generation from renewable energy sources by 2030,” Raut added, as per the statement.

He said the government is open to suggestions and looks forward to collectively work with the industry for the betterment of the sectors.

Ranjit Gupta, chair of FICCI Renewable Energy CEOs Council and CEO of Azure Power, said Maharashtra is a key state of interest for the renewable energy players, and its new renewable energy policy is a welcome move for the industry.