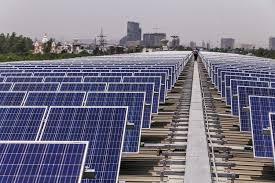 PETALING JAYA : Environmental group Greenpeace has called Malaysia the potential “renewable energy champion” in Southeast Asia, but says the government must adjust its priorities towards the burgeoning solar sector and away from natural gas, petrol and coal.

In its report titled “Southeast Asia Power Sector Scorecard”, Malaysia received a D+ due to its reliance on unsustainable forms of energy and political interests in natural gas and petroleum.

However, Greenpeace recognised Malaysia’s strong technical capabilities and solar potential, and said the country has the tools to become a sustainable energy powerhouse if positive policy changes are made.

In a statement today, Greenpeace Malaysia campaigner Heng Kiah Chun said Malaysia’s solar energy manufacturing is a great asset, which will “play a major role in Malaysia’s energy economy in the future”.

The green group encouraged investments in solar projects to be made both locally and overseas to improve the share of renewable energy, which would create an estimated 12,000 jobs as a by-product.

Malaysia currently has the capacity to produce solar technology at scale, but much of it is exported, distributing 5% of the world’s solar modules.

Greenpeace also suggested implementing exclusionary policies to stem the gas industry as soon as possible, to accelerate the growth of the solar energy sector.

It said the fragility of the petroleum and gas industry was exposed by the Covid-19 pandemic, which should provide added incentive to move towards renewable energy.