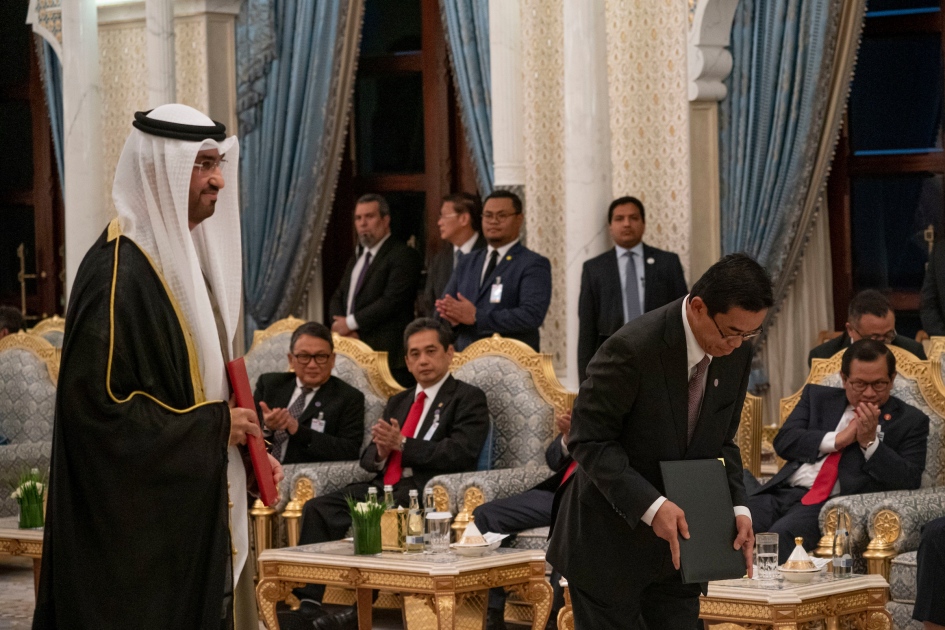 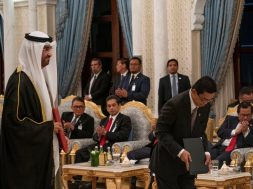 Masdar, one of the world’s leading renewable energy companies, has signed a power purchase agreement (PPA) with Perusahaan Listrik Negara (PLN), the state electricity company in Indonesia, for the first floating solar photovoltaic (PV) plant in the country.

Dr Sultan bin Ahmad Al Jaber, UAE Minister of State and Chairman of Masdar, and Zulkifli Zaini, President Director, PLN, formally exchanged documents relating to the agreement in a ceremony at the Presidential Palace in Abu Dhabi on Sunday. His Highness Sheikh Mohamed bin Zayed Al Nahyan, Crown Prince of Abu Dhabi and Deputy Supreme Commander of the UAE Armed Forces, and Joko Widodo, President of Indonesia, were present at the ceremony.

The 145-megawatt (MW) PV plant, which will also be Masdar’s first floating solar PV project, will be built on a 225-hectare plot of the 6200-hectare Cirata Reservoir, in the West Java region.

Masdar is developing the plant with PT Pembangkitan Jawa-Bali (PT PJB), a subsidiary of PLN.

Dr Sultan bin Ahmad Al Jaber, UAE Minister of State and Chairman of Masdar, said: “The UAE has demonstrated a longstanding commitment to promoting and investing in clean energy projects around the world. This agreement between Masdar and Perusahaan Listrik Negara (PLN) marks a significant milestone in Indonesia’s sustainable energy journey. Leveraging innovative solutions such as this floating solar PV project will be critical to the nation achieving its renewable targets and to supporting its sustainable growth. Masdar will continue to support the development of renewable energy solutions in the Southeast Asia market, where we see tremendous potential, given the region’s rapid economic growth.”

The project is Masdar’s first venture into the Southeast Asian market, and builds on the UAE’s strong relationship with Indonesia.

“The Cirata floating PV project is a monumental renewable energy project for Indonesia, and the biggest floating PV in South East Asia. It will improve the capability of the Jawa-Bali power system and also increase the renewable energy mix in Indonesia,” said Zulkifli Zaini, President Director, PLN. “The potential of similar projects is endless and we anticipate construction should begin soon, aiming for commercial operation in 2022.”

Indonesia is the largest energy user in the Association of Southeast Asian Nations (ASEAN) region, and the country is targeting 23 per cent of its energy mix coming from renewables by 2025, rising to 31 per cent by 2030. Scaling up renewables could save Indonesia as much as

US$ 51.7 billion per year when the impacts on air pollution and climate change are included, according to the International Renewable Energy Agency (IRENA).

The country is also the world’s largest archipelago, comprising more than 17,000 islands, and with 521 natural lakes and more than 100 reservoirs, covering about 21,000 square kilometers. Indonesia is currently considering plans to install floating solar PV plants on an additional 60 reservoirs.

A number of countries in the ASEAN region are looking at floating solar PV plants, with expanding populations meaning land resources are increasingly allocated to housing, agriculture and industry. Floating panels can also be more efficient, due to the water’s cooling effect, while they also reduce evaporation, saving fresh water for drinking.

Masdar is a subsidiary of Abu Dhabi’s Mubadala Investment Company and one of the world’s leading international renewable energy development and investment companies. The power generating capacity of the renewable energy projects in which Masdar is a partner exceeds 5GW, representing a combined investment of approximately US$13.5 billion.

Energy and climate change is one of the key pillars at Abu Dhabi Sustainability Week, taking place this week in the UAE capital.