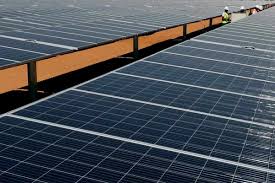 LONDON: Global energy trader Mercuria has teamed up with two private equity firms to set up a renewable energy fund in the United States, its chief executive told the FT Global Commodities Summit.

“A few months ago, we joined forces with a private equity firm to invest in the renewables space in North America. It’s a $1.5 billion fund,” CEO Marco Dunand said.

The fund, Broad Reach Power, is backed by Mercuria, EnCap Investments and Yorktown Partners, a spokeswoman for Mercuria said.

Dunand added that 50% of the Geneva-based firm’s new investments would be in renewable energy over the next five years.