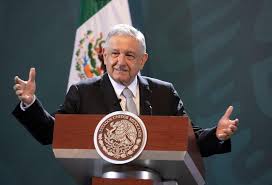 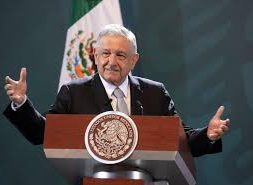 MEXICO CITY: Mexican President Andres Manuel Lopez Obrador on Tuesday ordered formal complaints to be drawn up alleging fraud by mostly renewable power companies, but he gave no evidence backing up the complaints.

Ramping up his repeated allegations of corruption in power generation contracts won by mostly wind and solar power companies, Lopez Obrador said that while he remains open to dialogue with the companies, he also wants his aides to prepare the legal complaints against them.

“We want to talk to the companies one by one. At the same time, I’ve given the order to begin drawing up formal complaints,” Lopez Obrador told reporters at a regular government news conference.

Lopez Obrador, who has moved on several fronts to centralize more control over energy in state hands, alleged that after the private power firms won supply contracts at auction with state-run electricity company CFE that additional deals were inked that gave them preferential rates.

He provided no evidence to support the allegation.

Since April, the government has sought to prevent more than 40 wind and solar power plants from connecting to the CFE-owned grid, arguing that the coronavirus pandemic requires an uninterrupted power supply.

Critics have alleged that Lopez Obrador instead seeks to favor the CFE’s mostly fossil fuel-derived power generation, and that he is generally suspicious of any private-sector participation in energy.

Earlier this month, the president singled out Spain’s Iberdrola (IBE.MC) for criticism, accusing the power generation company of mounting a media campaign against his government as well as unspecified acts of graft.

On Tuesday, Lopez Obrador did not mention any specific companies.

The power sector dispute directly affects more than $6 billion in partially or already built wind and solar power plants, which judges have allowed to proceed as planned despite the government push to stop them.