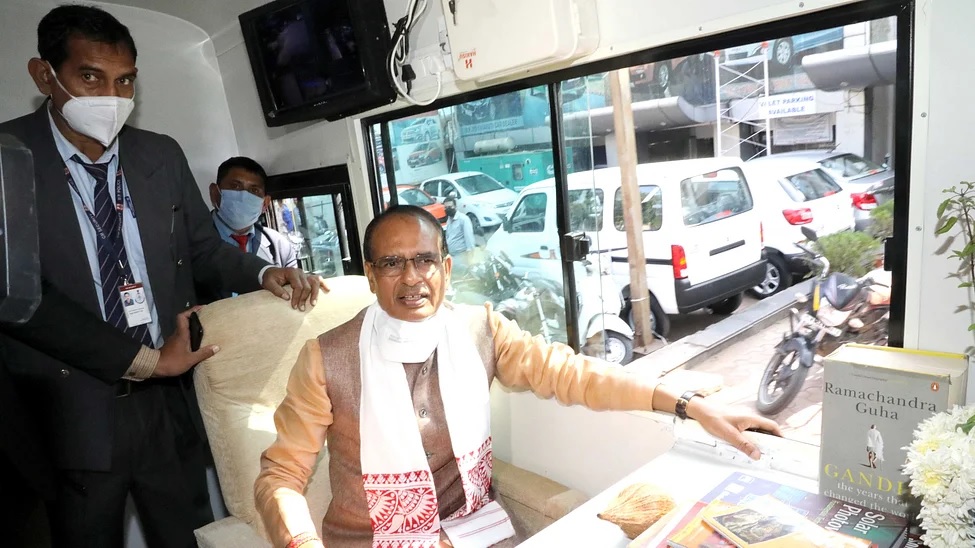 The CM said the New and Renewable Energy Department had been created in 2010.

Madhya Pradesh, which is producing 5,000 MW of power through solar energy, has currently doubled its target to 10,000 MW to be achieved by 2022. This announcement was made by CM Shivraj Singh Chouhan at a programme on the occasion of the flagging-off the Energy Swaraj Yatra at Minto Hall on Thursday.

Floating solar plot panels will be installed at Omkareshwar, in Madhya Pradesh. Chouhan said the use of solar energy would be extended for domestic use. He said the use of solar energy in MP had begun with the 135-MW plant at Neemuch. Later, plants of 750 MW each were started at Rewa. These capacities will be continuously increased. Solar power projects will be implemented in many districts and citizens will get the benefit of cheap electricity.

Prof. Chetan Solanki, from Madhya Pradesh, has proceeded on the Energy Swaraj Yatra for public awareness and will stay away from his family for 11 years. Honouring him for this important work of national welfare, he has been made the brand ambassador of Madhya Pradesh.

The CM also reviewed the Solar Energy House developed by Prof. Solanki on the Minto Hall campus and sought information about its method of working from him. After the programme, Chouhan flagged off the Energy Swaraj Yatra vehicle. He accompanied Prof. Solanki from Minto Hall to the Raj Bhavan intersection on the vehicle.

Prof. Chetan Solanki, who hails from Khargone district, has also been appointed as brand ambassador by the state government. He has been doing innovations and research work on solar energy for the past 20 years and has been awarded $10,000 by the IEEE. He has also been given the PM’s Award for Innovation. His work in the field of solar energy is respected because he coined the term, ‘Energy Swaraj’.