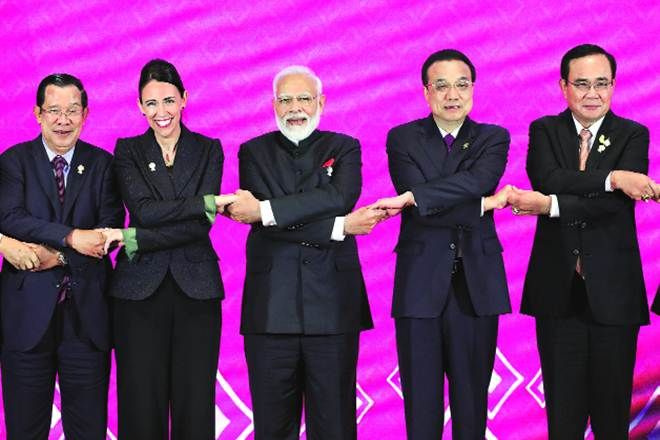 No deal: India pulls out of RCEP pact as partners play hardball 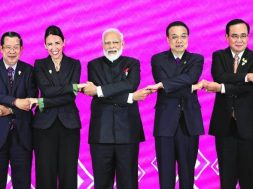 No deal: India pulls out of RCEP pact as partners play hardball

India on Monday pulled out of the 16-nation Regional Comprehensive Economic Partnership (RCEP) agreement, capping six years of talks to clinch the world’s biggest free-trade deal in the face of stiff resistance from domestic industries and political circles and reluctance of partners like China to grant it meaningful concessions despite hard negotiations in recent weeks.

Briefing reporters in Bangkok, the venue of the RCEP leaders’ summit, Vijay Thakur Singh, secretary (east) in the ministry of external affairs, suggested the RCEP deal, in its current form, would have had “significant issues of core interest impact” on the livelihood of India’s vulnerable sections.

Separately, sources said India would, from now on, generally seek to sign trade pacts with only those countries with which it has trade surplus (unlike the RCEP grouping). It could explore the possibility of a trade pact with the US and the UK (after the Brexit), and also resume negotiations with the EU for the proposed free trade agreement (FTA).

Interestingly, a joint statement of RCEP nations after Monday’s summit doesn’t mention about India’s decision to pull out.

This joint statement of RCEP nations suggests other nations are probably keeping the doors open for India to join back should it so decide.

Asked if New Delhi would like to come back to the negotiating table if other members tried to address its concerns, the MEA secretary (East) told reporters that India had already conveyed its decision of not joining the RCEP to all the partners, indicating that New Delhi was unlikely to reconsider its pullout move.

“India has participated in good faith in the RCEP discussions and had negotiated hard with a clear eyed view of our interests. In the given circumstances, we believe not joining the agreement is the right decision,” Singh said at the briefing. She, however, didn’t specify the India’s concerns that were not adequately addressed, saying the partners were well aware of them.

Sources said India was willing to back the RCEP deal at the leaders’ summit provided it got an assurance from partners that its concerns on safeguard mechanism for domestic industry, tariff concessions etc would be addressed and changes would accordingly be made in the final text of the agreement before it’s ready to be signed next year. However, some members were not willing to wait longer and negotiate with India.

Former NIti Aayog vice-chairman Arvind Panagariya said without India, the RCEP isn’t a huge deal, as others already have some kind of agreements among themselves. However, he said he wasn’t clear about the additional safeguards India was seeking, as tools like anti-dumping and safeguard duties were already there under the WTO framework for industrial goods, although the farm sector might have some concerns.

Biswajit Dhar, professor at the Centre for Economic Studies and Planning of JNU, said the pull-out would give the government some breathing space to draw new strategies to bolster domestic competitiveness, especially in the farm and industrial sectors. “Things have to change fundamentally, from the ground,” he stressed.

Differences between India and some others like China still persisted on certain crucial aspects–especially in safeguard mechanism, tariffs and rules of origin–even after tough negotiations over the weekend, a source aware of the talks had told FE. Each side had presented the outcome of the talks to their respective leaders. Given the state of the negotiating positions and the reluctance of some partners to be more accommodative in protecting India’s interests, Prime Minister Narendra Modi took the call against joining the RCEP.

The deal has faced severe domestic opposition from not just industries, including steel and dairy, but also the government departments overseeing these sectors, thanks to persisting fears of dumping by countries like China. Both steel and dairy ministries were critical of the RCEP. Recently, the Congress party also stepped up its opposition to the trade deal.