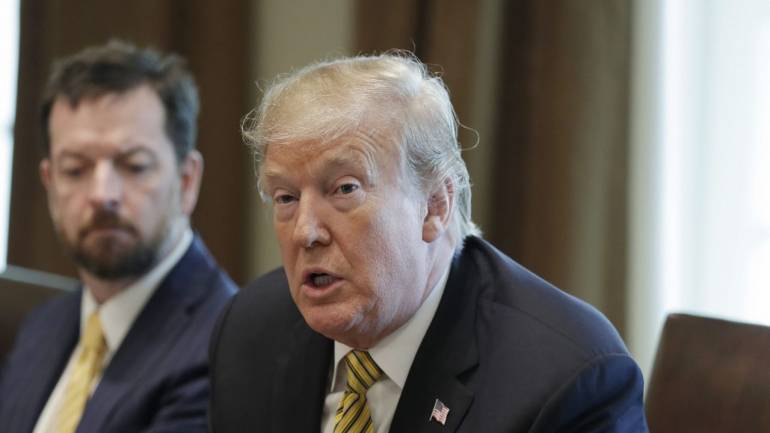 US notifies UN of withdrawal from Paris agreement on climate change 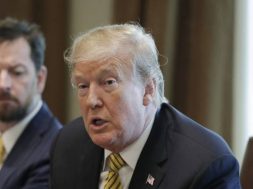 US notifies UN of withdrawal from Paris agreement on climate change

Although Trump had announced his decision to withdraw from the historic Paris Agreement on climate change on June 1, 2017, the process began on November 4 with the formal notification

US has formally notified the United Nations of its withdrawal from the Paris climate accord, a global agreement in which President Donald Trump’s predecessor Barack Obama and Prime Minister Narendra Modi had played instrumental roles.

Although Trump had announced his decision to withdraw from the historic Paris Agreement on climate change on June 1, 2017, the process began on November 4 with the formal notification and the US will be out of the pact on November 4, 2020.

A spokesperson of the UN Secretary-General in New York said the US has notified the secretary-general, in his capacity as depositary, of its withdrawal from the Paris Agreement of December 12, 2015 on November 4, 2019. The US had signed the Paris Agreement on April 22, 2016 and expressed its consent to be bound by the agreement by acceptance on 3 September 2016.

“In accordance with the provisions of its article 28, paragraph 1, the United States of America could withdraw from the Paris Agreement as from today by giving written notification to the Secretary-General,” the UN spokesperson said.

Pompeo said the US approach incorporates the reality of the global energy mix and uses all energy sources and technologies cleanly and efficiently, including fossils fuels, nuclear energy and renewable energy.

“In international climate discussions, we will continue to offer a realistic and pragmatic model – backed by a record of real world results – showing innovation and open markets lead to greater prosperity, fewer emissions, and more secure sources of energy,” he said.

The US will continue to work with its global partners to enhance resilience to the impacts of climate change and prepare for and respond to natural disasters, Pompeo added.

“Just as we have in the past, the United States will continue to research, innovate, and grow our economy while reducing emissions and extending a helping hand to our friends and partners around the globe,” he said.

The opposition Democrats slammed the Trump Administration for the decision.

“The growing climate crisis is the existential threat of our time, jeopardising the health and well-being of every family in every community around the world. President Trump’s shockingly-reckless decision to formally pull the United States out of the Paris Climate Agreement is yet another disastrous anti-science, anti-government decision that sells out our planet and our children’s future,” House Speaker Nancy Pelosi said.

While the Trump Administration continues to deny the science, an overwhelming majority of American people are demanding bold action to fight the climate crisis, she claimed.

Senator Patrick Leahy alleged that the decision was nothing more than the “fulfilment of a cynical and reckless campaign promise” made for the sole purpose of currying favour with the fossil fuel industry.

“It comes in the wake of the latest National Climate Assessment by our country’s top scientists, which was unequivocal: Climate change already affects every sector and region of our country, threatening millions of Americans’ health, homes and livelihoods,” he said.

“President Trump has long asserted, whether he actually believes it or not, that Paris is some nefarious globalist plot to harm American competitiveness and empower countries like China and India, which are parties to the Paris Agreement,” Leahy said.

“In fact, leaving the agreement will harm the US economy as our country retreats from a global technology market that is expected to value in the tens of trillions of dollars. This decision also empowers China because the agreement is actually designed to hold it accountable for its commitments to reduce greenhouse gas emissions,” the senator said.

0
0   0
previous ‘Signing RCEP will mean no duties on solar products’
next No deal: India pulls out of RCEP pact as partners play hardball