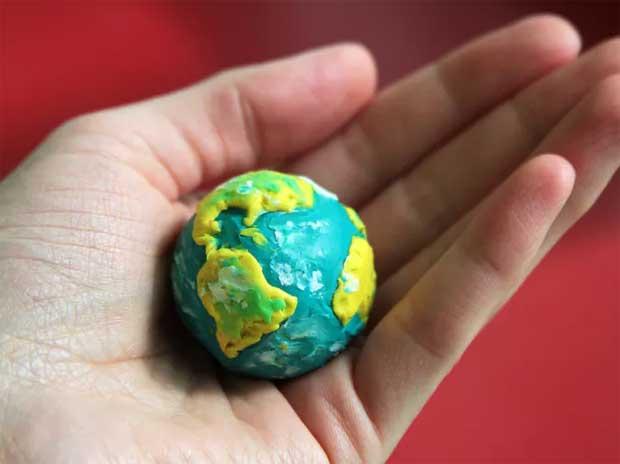 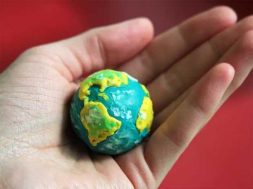 Thunberg, 16, said the threat of societal breakdown posed by runaway climate change should overshadow every other campaign issue in the European Union’s parliamentary elections

Swedish teenage activist Greta Thunberg urged European politicians on Friday to focus on a climate crisis instead of “bickering”, as children walked out of classes around the world to back her demands for urgent action to curb carbon emissions.

Thunberg, 16, said the threat of societal breakdown posed by runaway climate change should overshadow every other campaign issue in the European Union’s parliamentary elections this week.

“If the EU were to decide to seriously fight the climate crisis, it would mean a decisive global change. And the EU election should reasonably only be about this. But it isn’t,” Thunberg told thousands gathered in Kungstradgarden square in Stockholm’s banking district.

By 2200 GMT, more than 1.8 million people in 2,350 cities across 125 countries had joined the strike, according to a tally on the Facebook page of the Fridays for Future movement, a network of young climate protesters.

In New York, several hundred children and teenagers marched from Columbus Circle to Times Square, shouting their support for a “Green New Deal” proposed in Congress that calls among other things for 100 percent of U.S. power demand to be met though renewable energy sources within 10 years.

The protesters held a “die-in” in Times Square, lying on the ground for 11 minutes to represent the 11 years scientists have said it may take for earth’s temperature to rise to an irreversible tipping point if carbon emissions are not substantially cut.

Climate change has moved up the political agenda this year, especially among young, first-time voters who fear that they will bear the brunt of global warming, spurring a wave of support for Green candidates.

But much of the debate during European campaigning has focused on issues such as immigration and austerity.

The single most effective weapon in the fight against climate change – imposing taxes on those who emit greenhouse gases – can be politically fraught, however. France was forced to delay a plan to raise taxes on diesel oil last December in response to weeks of sometimes violent protests.

Thunberg has emerged as a leading figure in the movement since she first protested in favour of climate action alone in August outside the Swedish parliament. She was nominated for a Nobel Peace Prize, featured on the cover of Time magazine and travelled Europe by train to lambaste senior figures in government and industry.

Children, teenagers and adults who had felt powerless in the face of the climate crisis have rallied behind Fridays for Future in the hope of forcing politicians and business leaders to heed scientists’ warnings.

“We are putting pressure on the governments and we want them to act fast and now,” said David Wicker, 14, who joined some 7,500 young protesters in Brussels.

Young people who took time off school to protest on Friday urged adults to heed calls by climate activists for a global general strike on Sept. 20.

In Paris, Celia Benmessaoud, 15, held up a sign saying “There’s Is No Planet B,” and said she hoped the school strike would change the world – echoing participants around the world, from India, Turkey and Gambia to countries across Europe.

Carbon emissions hit a record high last year, despite a warning from the U.N.-backed Intergovernmental Panel on Climate Change in October that output of the gases will have to be slashed over the next 12 years to stabilise the climate.

0
0   0
previous A CEO Council on Climate Change? That Sounds Familiar
next IEA rings alarm bell on phasing out nuclear energy