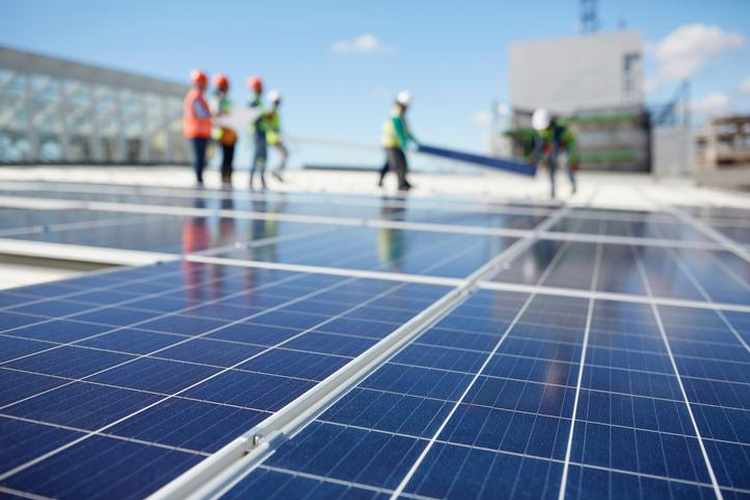 In a major breakthrough for the country’s nascent, but promising, decarbonisation efforts, an Omani start-up has announced plans to establish the world’s first solar-powered Direct Air Capture (DAC) project here in the Sultanate.

The landmark initiative aims to capture carbon dioxide (C02) — the main greenhouse gas responsible for global warming and climate change — from the atmosphere for eventual utilisation in industrial and commercial applications.

44.01, set up by pioneering Omani innovator and environmentalist Talal Hasan with the support of fellow entrepreneurs, is currently making headway in the construction of a demo-scale DAC plant at Khazaen Economic City near Barka just outside the capital city.

Significantly, Khazaen is also the site of Oman’s first commercial-scale biofuel plant based on waste cooking oil — an initiative launched by 44.01 last year under the ‘Wakud’ label.

“The launch of our Direct Air Capture plant is a major step forward for the region and we are delighted to be announcing our plans today for such an exciting new project’’, said Talal Hasan, 44.01 Co-founder and CEO.

“The GCC countries have some of the highest CO2 emissions per capita in the world. Capturing some of these emissions is an essential step towards reducing harmful greenhouse gasses and achieving carbon neutrality’’, he stated.

In comments to the Observer, Talal said the demo plant will have a capacity to produce around 100kg of CO2 per day (equivalent to around 36 tonnes per annum), which can be used by the F&B and chemicals industries.

The project will pave the way for a full-fledged commercial-scale venture which is planned to be brought into operation by the end of 2022.

As a carbon-neutral venture, the plant will harness solar energy to generate power and heat necessary to drive the DAC process. The plant, featuring a series of large fans, will suck in air which then passes over a sorbent that absorbs CO2. When heated, the sorbent releases the CO2, which is then stored for eventual commercialisation.

When operational before the end of this year, the 44.01 project has the potential to position Oman on the global map of select nations that have successfully deployed emerging technologies to support decarbonisation efforts in line with commitments enshrined in the Paris Agreement, says Talal.

“With only a handful of Direct Air Capture plants in operation worldwide, this is a very interesting time for the future of the GCC and its commitment to healing the planet. 44.01 has global ambitions and is already in discussions to launch operations in the UAE.”

Longer-term, Talal foresees the growth of a wider ecosystem taking shape around DAC in the Sultanate, coupled with the potential to drive investment, R&D, localisation efforts and job creation for Omanis on a significant scale.

“Once it scales, a massive, new sector will be created in the Sultanate, incorporating everything from manufacturing and engineering to even trading in CO2 and carbon credits’’, said Talal.

“Besides, there are a lot of complementary skills existing in the current oil and gas talent pool, which represent a huge opportunity for us. We can leverage off this talent pool that we have in place to help us to develop this new sector. Indeed, with oil and gas on the decline globally, this new industry will be on the increase.”

Set up at the peak of the pandemic last year, 44.01 is also backed by Karan Khimji as co-founder and Chief Operating Officer and Ehab Tasfai as Chief Technical Officer. The company’s goal is to build a world-class decarbonisation company that will have a positive global impact on the environment, people and society, Talal added.