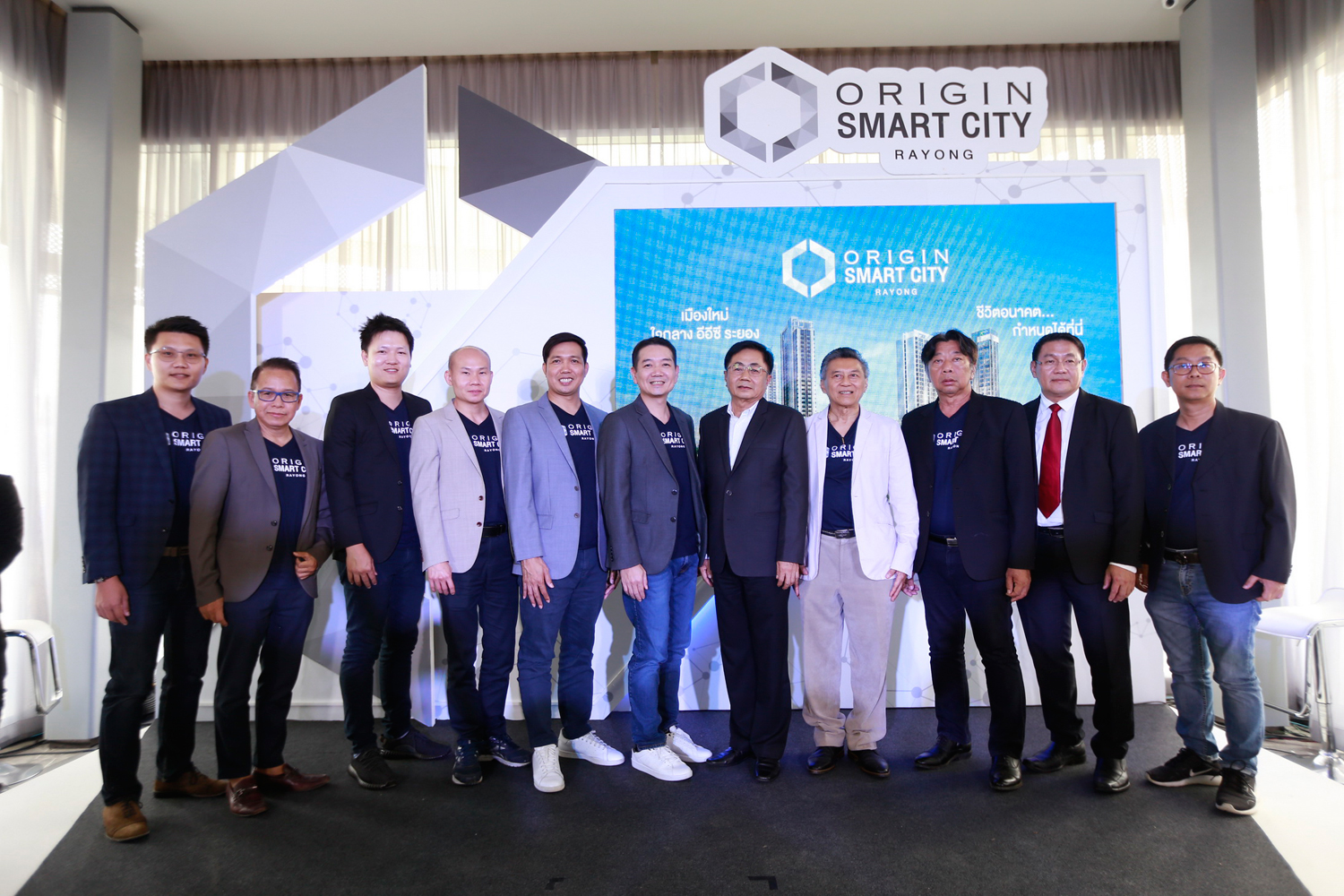 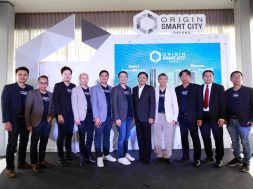 Thai government and public sectors are moving forward their smart city roadmap to have 100 smart cities around the country.

Meanwhile, Origin Property Plc is joining forces with the public sector and leading private companies to create “Origin Smart City Rayong” mixed-use project with Smart Tech, Smart Eco and Smart Community under the “Beyond A Living Platform” concept. It expects this 10-billion-baht Smart City project, including the highest condominium in Rayong, will become a new lifestyle hub and landmark in the province. The company plans to launch pre-sales of the project from September 28, with prices starting at 1.29 million baht. 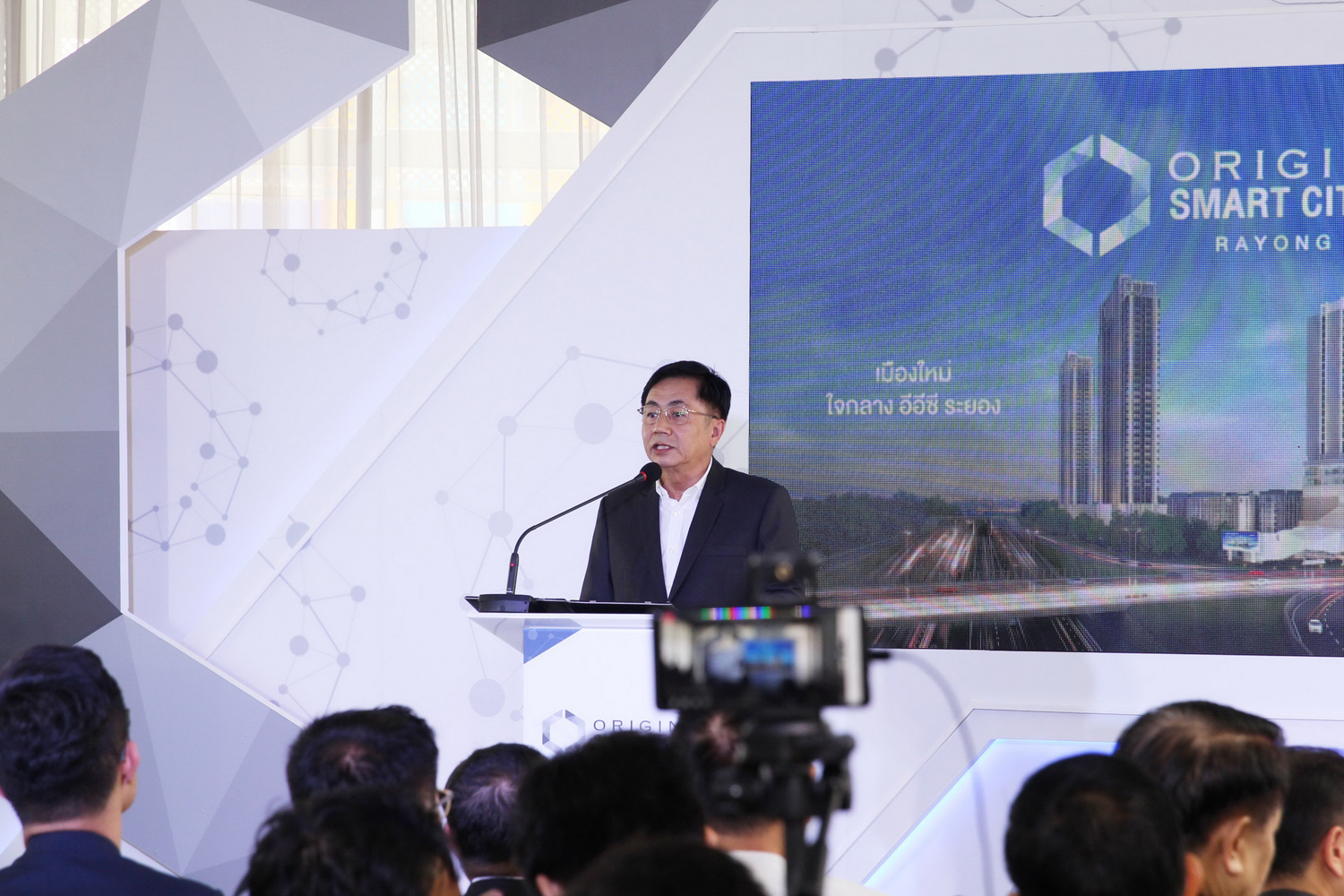 Mr. Insee Kerdmanee, Deputy Governor of Rayong Province, said: Smart City is a national agenda that the government is prioritising and pushing forward seriously. The government is keen to adopt technology and innovation to enhance efficiency in city management smartly, to distribute prosperity to all the regions and generate a good quality of life. The Eastern Economic Corridor (EEC), including Rayong, Chon Buri and Chacheongsao, is the pilot area in the first phase of the government’s Smart City Plan, joined by several agencies, including Digital Economic Promotion Agency (DEPA) and Smart City Thailand Office.

“Under the Smart City roadmap, the government plans to set up 100 Smart Cities nationwide by 2022. This year, the government allows the private sector to submit existing projects and under-development projects to get a Smart City Symbol for them from the Steering Committee. We are delighted that Origin Property, one of the leading property developers in Thailand, has kicked off Origin Smart City Rayong as a Smart City prototype. This project turns the government’s policy into reality and builds a new landmark in the EEC.” 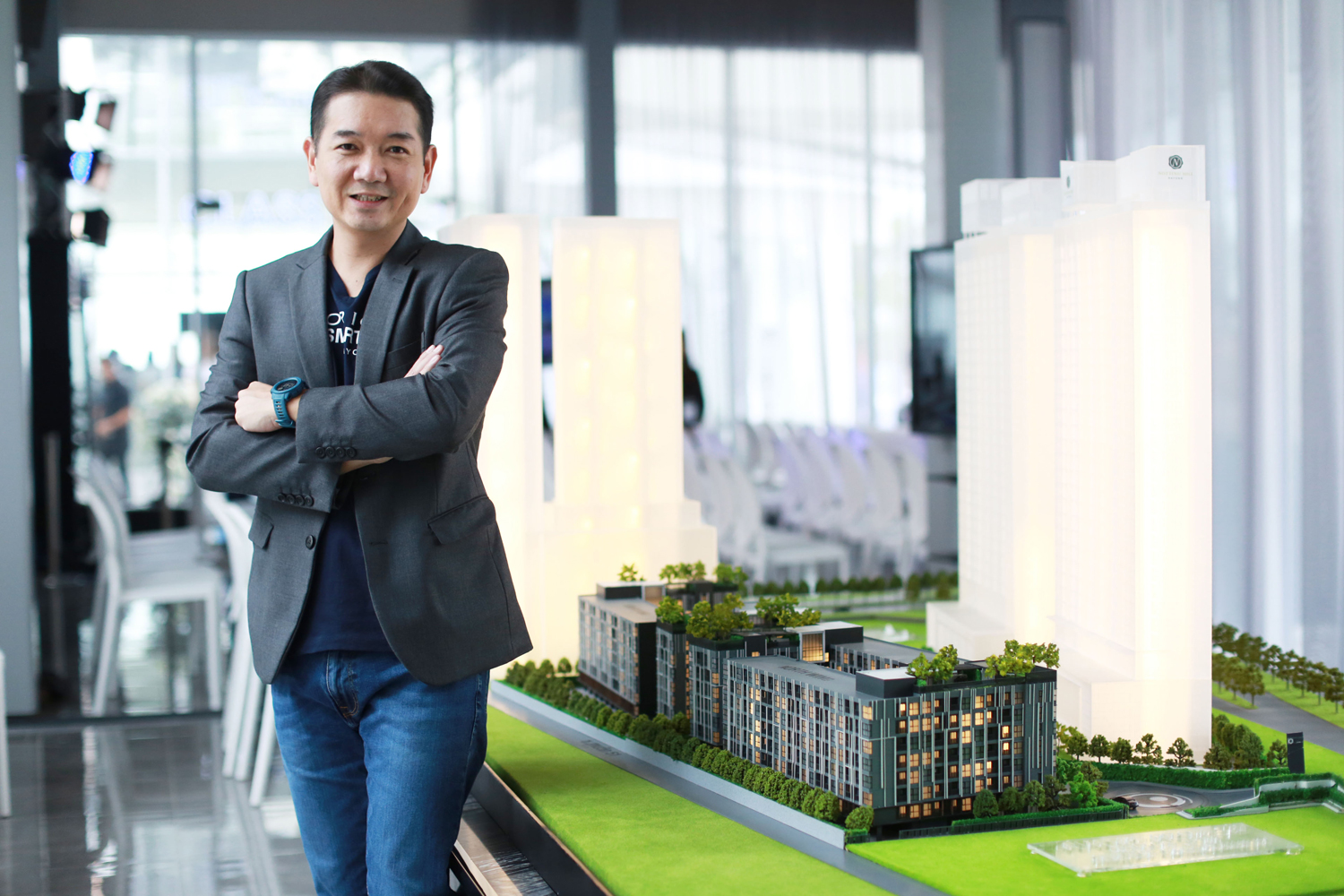 Mr. Peerapong Jaroon-ek, Chief Executive Officer of Origin Property Plc (ORI), an end-to-end property developer said that: “The company has a strong will to develop Origin Smart City Rayong Project as a prototype Smart City on 24 rai at the corner of the Nernsamlee intersection with Sukhumvit Road in Rayong, where we see the potential to create a new CBD. As such, we have coordinated with several public and private sector parties, including Provincial Electricity Authority (PEA), True Corporation Plc, KasikornBank (KBank), Cotto, and CLASS CAFÉ to co-develop this mixed-use project worth over 10 billion baht. We trust it will transform lifestyles in a sort of futuristic society under the ‘Beyond A Living Platform’ concept.”

“The PEA will support Smart Eco to ensure stable and efficient energy management. True Corporation will support Smart Tech by setting up network infrastructure for 5G. CLASS CAFÉ will build Smart Community featuring a café and 24-hour co-working space. In creating a new lifestyle hub in Rayong, together with our partners we will create the first Smart City prototype. Our vision will embrace all dimensions of living, thereby fulfilling the province’s potential and activating government policy. The project will also integrate renewable energy sources, including solar energy. In short, it will enhance the quality of life and begin the creation of a New CBD in the heart of Rayong Province.” 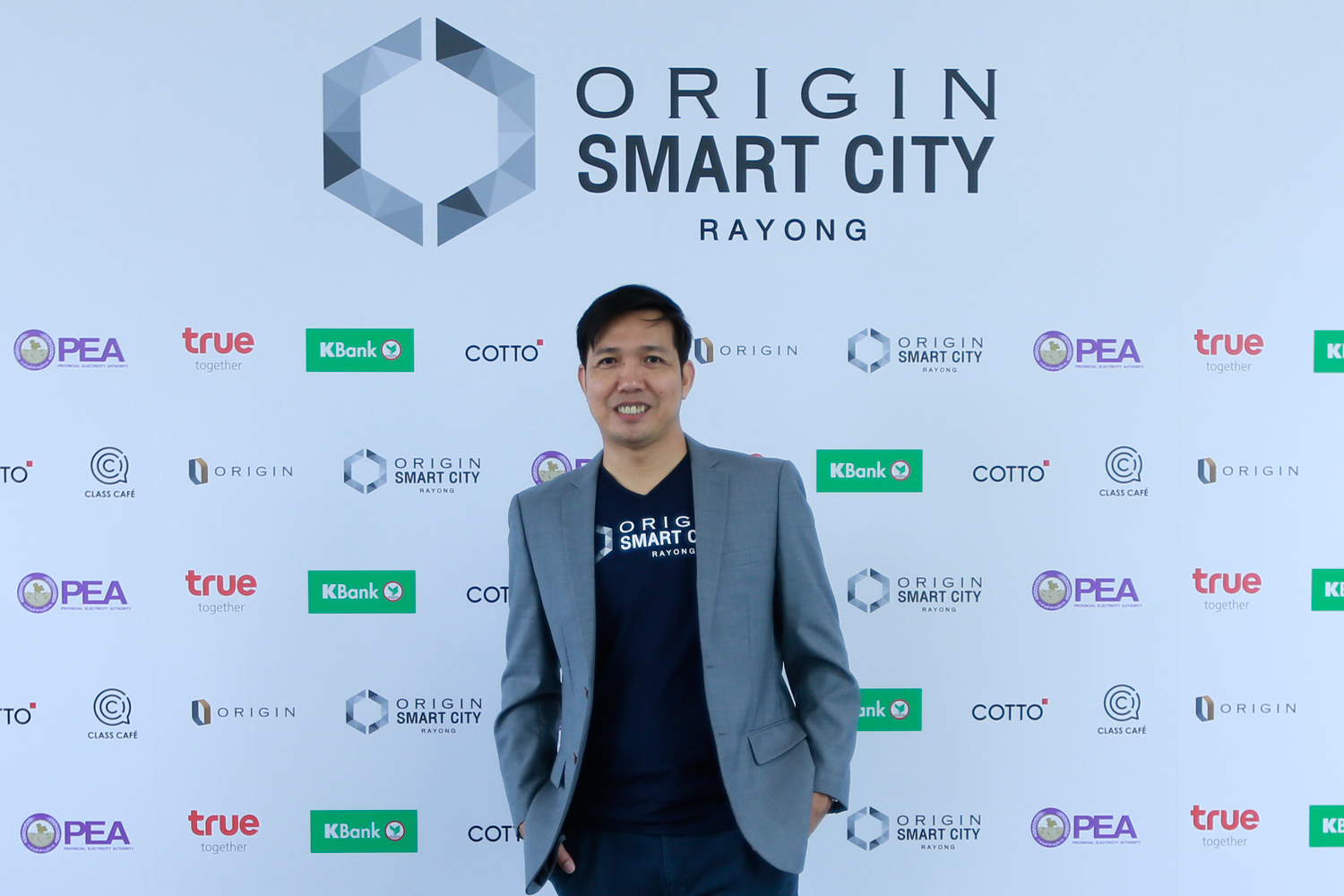 2. Notting Hill Rayong, a 33-storey high-rise, the highest building in Rayong, comprising 537 units. Residents will enjoy a 360° panorama, including Rayong city view and sea view as well as premium amenities and facilities. There are two types of rooms: one bedroom unit and one bedroom plus unit (22.50-34.80 SQ.M.) Exclusive rooms will feature a special smart mirror. The project is scheduled to start construction in Q4/2019 and complete in Q4/2021.

Unit prices of the condominium projects in this mixed-use development start at 1.29 million baht. Pre-sales will commence on September 28.

“Besides their own facilities, residents will also benefit from the common spaces of the mixed-use projects,” added Mr. Aruch. “These will comprise Smart Tech, Smart Eco, and Smart Community designed to match the 5.0 lifestyle. For example: Smart Shelter is an intelligent station that produces electricity through solar cells; Smart Screen is a device for checking traffic, temperature, weather and PM 2.5 dust level, and; a Bike&Scooter Sharing Station. We believe the project will fully facilitate a futuristic lifestyle and meet the growing demand from the EEC. Once completed, we will further develop other parts of Origin Smart City Rayong.”

In light of EEC’s tremendous potential, Origin Property Plc continues to develop projects in Rayong, adopting a blue ocean strategy that focuses on local demand while being the first mover in new markets. The strategy has already proved successful with Origin District Laem Chabang-Siracha in Chon Buri Province.