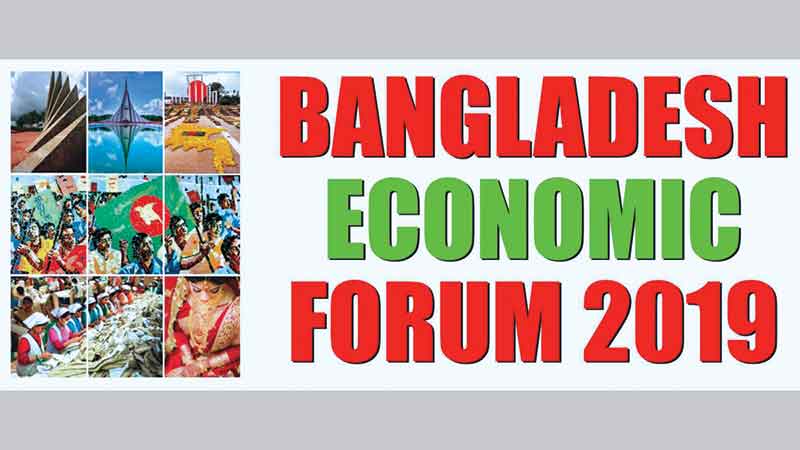 UAE investors set to inject $10b into Bangladesh 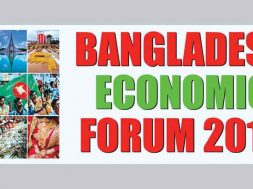 UAE investors set to inject $10b into Bangladesh

A number of UAE business groups are set to invest $10 billion (Dh36.7 billion) into Bangladesh, according to data compiled by Bangladesh Economic Forum, which takes place at Conrad Dubai Hotel today. More than 300 government officials, business leaders, investors and entrepreneurs will participate in the day-long international investment conference, aimed at strengthening the flow of trade and investment between the UAE and Bangladesh, according to a press statement issued yesterday in Dubai, UAE.

Bangladeshis are major investors in the UAE economy where more than 50,000 businesses are owned and successfully run by Bangladeshi expatriates, who employ more than 150,000 people collectively.

BIDA, BEZA and BHTPA — the three investment promotion agencies (IPAs) of Bangladesh government — are participating in such an international investment conference in the Gulf for the first time undertaken by Bangladesh Economic Forum, a private sector initiative of the UAE-base non-resident Bangladeshi professionals and entrepreneurs.

As many as 20 fresh investment projects are being prepared to be tabled at Bangladesh Economic Forum where investors are expected to meet and discuss their projects with Salman F. Rahman and the visiting Bangladesh official delegation.

The UAE and the GCC countries could be major sources for investment into Bangladesh. Time has come for Bangladesh to expedite investment opportunities from the UAE and help build the country’s future.

“We have seen large investments coming from China, Japan and the United States. We believe, investors from the GCC countries, especially Saudi Arabia and the UAE, should take advantage of the lower cost of investment, operations and higher return on investment in Bangladesh,” added Salman F. Rahman.

“Domestic consumption is increasing in Bangladesh as more than 2 million people are joining the middle income group and becoming consumers – that opens up more scope and opportunities for new investors.”

Bilateral relation between Bangladesh and the UAE is set to reach to a completely new level this year with the US$10 billion worth of investment pledged by UAE investors into Bangladesh’s energy, ports, power and infrastructure sectors that will help fuel the economic growth of Bangladesh.

Bangladesh and the UAE signed four memoranda of understanding (MoUs) on establishing a port, industrial park, supply and setting up a liquefied natural gas (LNG) terminal, power plants, and a special economic zone in Bangladesh, during a three-day visit by Bangladeshi Prime Minister Sheikh Hasina to the UAE in February this year.

Sheikh Mohamed bin Zayed Al Nahyan, crown prince of Abu Dhabi and Deputy Supreme Commander of the UAE Armed Forces, met Sheikh Hasina and discussed ways of furthering ties of friendship and cooperation in a way that serves mutual interest. They also tackled a host of issues of common interest.

The second MoU was signed between Emirates National Oil Company (ENOC) and Power, Energy, and Mineral Resources of Bangladesh, to supply LNG to Bangladesh on a long-term basis and develop a land-based LNG receiving terminal in Payra. State Minister for Power, Energy, and Mineral Resources Nasrul Hamid and ENOC Group CEO Saif Humaid Al Falasi signed the MoU on behalf of their respective sides.

ENOC also wanted 300 acres of land in Payra Port where they would construct the LNG terminal that will help boost Bangladesh’s energy security.

The third MoU was signed between Sheikh Ahmed Dalmook Al Maktoum and the Power Development Board of Bangladesh (PDB). The objective of this MoU was to set up an integrated 800-1000 MW LNG power plant in two phases. There will also be a 100MW solar power project. Sheikh Ahmed Dalmook Al Maktoum and PDB Chairman Khaled Mahmud signed the MoU on behalf of their respective sides.

The fourth MoU was signed between the private office of Sheikh Ahmed Dalmook Al Maktoum and the Bangladesh Investment Development Authority (BIDA). The focus of this MoU was on setting up a special economic zone in Matarbari. They wanted 300 acres of land where they would set up a company for investment.

AIDA, which is supported by the European Union and the United Nations, has a mandate to develop and finance sovereign projects across the subcontinent, Mena as well as Africa in human development, energy, infrastructure, agriculture as well as technology.

The solar development will be completed over a six or eight year timeline and will see the deployment of 14 million solar panels, with a total capacity of 5 Gigawatts, in one of the largest such investments in the sector in Bangladesh.

The project will help reduce electricity generation costs and create jobs from both the power plants and the proposed solar manufacturing facility based on an annual 500 Megawatts capacity.

The development will reach its maximum capacity by 2030. The solar scheme would be a significant addition of power generation capacity to Bangladesh. The government had in its power sector master plan in 2016 envisioned a potential for renewables to contribute 3.6 Gigawatts of power generation.

“These investments will strengthen the bilateral relationship between Bangladesh and the UAE and will deepen our economic relations to a strategic partnership level,” Muhammad Imran, Bangladesh Ambassador to the UAE, has said.