The two disruptions of the energy industry will not be able to usurp a significant market share in the near future and their supporting infrastructure is unlikely to be available for a long time, they argued.

New Delhi: The heads of large Indian public sector oil and gas companies have spoken in unison to downplay the business risk posed by the rapid rise of electric vehicles and renewables. The two latest disruptions of the energy industry will not be able to usurp a significant market share in the near future and their supporting infrastructure is unlikely to be available for a long time, they argued.

Speaking at a panel discussion during the mega event, ONGC CMD Shashi Shanker said renewables grew at a pace of 17 per cent in 2017 and at an average rate of 16 per cent during the decade before that year, adding that the growth numbers for renewable energy look impressive in percentage terms but the absolute numbers are low.

“To give an illustration, in 2017 the primary energy demand grew at 2.2 per cent or 2.2 million barrels per day in terms of oil equivalent. Of this demand, 1.7 million barrels was met by oil and the rest by renewables. So, maybe in terms of percentage growth the numbers are quite impressive but in absolute numbers it is not something we as a massive upstream player should be concerned about,” Shankar said.

The head of India’s largest petroleum explorer and producer also emphasized that the government may have revised the capacity target under renewable energy upwards to 220 Gigawatt by 2022 from 175 Gw set earlier but oil and gas will continue to play a very important role in the country’s energy mix.

The head of the country’s largest fuel retailing firm also said that an EV engine is more efficient as compared to an Internal Combustion Engine but EVs may still not be a better option when looked at in the light of associated variables including battery, generation of power that is used to charge EVs and the whole life cycle of an EV.

Speaking to a news channel at the same event, HPCL Chairman M K Surana said global trends suggest that it would be difficult for EVs to cause a disruptive trend before 2035. “In fact, most optimistic estimates state that by 2040 only 33 per cent of the vehicles will be electric. When it comes to India the figure is miniscule at around 0.02 per cent,” Surana said, adding that despite a policy push for EVs, demand figures for traditional fuel and vehicles indicate that it will be difficult for EVs to disrupt the market and they will at the most replace an incremental demand.

Oil ministry’s secretary M M Kutty, who was also part of the panel discussing energy transition, said total vehicle sales in India are expected to rise from the current 25 million per year to 85 million by 2030. “This is a quantum jump in automobile growth which the country will witness. It is very unrealistic to expect that this entire volume will be shifted to EVs. It is not possible,” he said.

Kutty emphasized that hydrocarbons – including diesel, gas and motor spirit — will continue to play a critical role in the new world energy scenario at least till 2040 and 2050 and that electric vehicles will at the most complement, and not substitute, the total requirement of automobile vehicles.

The same sentiment was voiced by oil minister Dharmendra Pradhan in his inaugural speech during the event when he said that there is going to be a significant increase in the energy demand over the next 20 years and oil and gas are like to remain prominent fuels in the global energy basket.

According to BNEF’s Electric Vehicle Outlook 2018, electrified buses and cars will displace a combined 7.3 million barrels per day of transportation fuel in 2040. 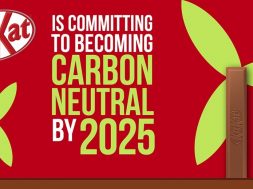