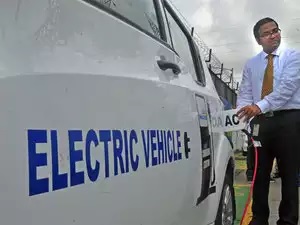 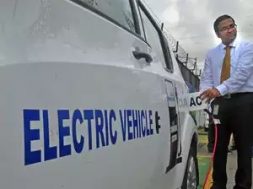 The approved proposals include recent decisions by ministries to provide incentives to manufacturers, buyers as well as electric mobility infrastructure creators.

NEW DELHI: The Prime Minister’s Office (PMO) has given its go-ahead to at least a dozen measures proposed by a committee of secretaries to help achieve a 15% share of electric vehicles (EVs) in total vehicle sales in the next five years.

The government will, however, not formulate a separate comprehensive policy on electric mobility, as was being discussed earlier, said officials.“This will hasten rollout of respective decisions,” a senior government official told ET on condition of anonymity.

The approved proposals include recent decisions by ministries to provide incentives to manufacturers, buyers as well as electric mobility infrastructure creators.

The Department of Revenue had, on January 29, calibrated basic custom duty and goods and services tax (GST) rates on EVs to make them competitive in domestic and global markets, as well as lowered duties on raw material imported for manufacturing components.

Since transport comes under the jurisdiction of states, NITI Aayog, which is acting as a nodal body for smooth roll-out of the plan, has written to states to consider waiver of registration charges and road charges on electric vehicles. This could be a pre-condition for states eyeing incentives under the Faster Adoption and Manufacturing of Hybrid and Electric Vehicles in India (FAME-II) scheme.

“We are suggesting states consider exempting e-vehicles from such taxes, opting for a sunset period for exemptions or putting a cap on e-vehicles to be exempted from such taxes,” the official said. The government is seized of the fact that India needs to adopt effective strategies to position itself as a key driver in the global mobility revolution and this can be done only by large-scale domestic manufacturing of electric vehicles, along with all their components including batteries.

Prime Minister Narendra Modi had, in September last year, assured a stable policy regime for e-vehicles that would cut down carbon emissions, create new job opportunities and reduce use of crude oil, about 80% of the requirement of which is met through imports.

Though never formally articulated as a policy statement, India had earlier wanted to ensure that by 2030 all new vehicles on the country’s roads are powered by electricity. That target has, however, been scaled down to ensure 15% share of e-vehicles in total vehicle sales in the next five years.