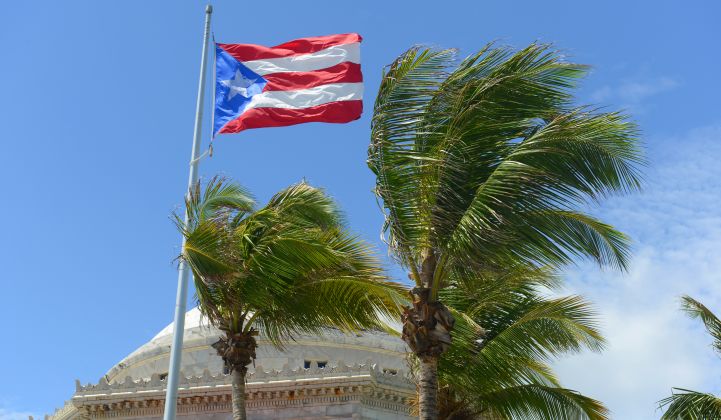 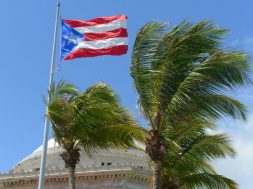 The law now heads to the governor for signature.

Hawaii and Washington, D.C. are the only other U.S. localities that have the same ambitious target, although Illinois is currently considering legislation. California and New Mexico now have 100 percent carbon-free targets.

In addition to increasing the island’s renewable energy portfolio standard to 100 percent by 2050, with incremental milestones set for 2025 and 2040, the law bans coal power after 2028. In 2017, coal powered 17 percent of the island’s electricity, while renewables accounted for just 2 percent.

The bill also aims to clear hurdles that have tripped up the clean energy industry in the past.

The package of policies add up to a “very, very complete bill,” according to Javier Rúa-Jovet, Sunrun’s director of public policy in Puerto Rico.

The renewables industry hopes the mandates will alleviate frustrations around what P.J. Wilson, president of the island’s Solar Energy and Storage Association, calls the “excruciating process” that’s tied to permitting and interconnecting systems of all sizes.

The law also requires that the island’s utility, the Puerto Rico Electric Power Authority (PREPA), must purchase renewable energy credits from solar installations to meet the RPS and nixes any taxes on solar production, solar panels or storage systems.

“I would love to have a permitting process that is not related to PREPA in any way,” he said. “Take away the permitting delays [and] we could do a lot of projects.”

Since Hurricane Maria, support for 100 percent renewables in Puerto Rico has swelled, with many clean energy companies, like Sunrun, jumping into what they viewed as a growth market. But policy delays and uncertainties have so far rendered the true magnitude of the opportunity murky. Rúa-Jovet said the new law adds clarity.

“Since it’s bipartisan, one can really bet on its stability as a policy in the long run,” said Rúa-Jovet. “That’s great for markets and signals to investors and new entrants.”

According to Wilson, though investors have expressed interest in working in Puerto Rico, that’s come with “trepidation about the uncertainty of the future of the energy paradigm on the island.”

“Just half the equation”

At the same time, clean energy advocates said the new RPS and the law’s accompanying renewables policies are only as good as their enforcement. Puerto Rico already had a 20 percent by 2035 RPS that it is still far from meeting.

“Having good policies on the books is just half the equation,” said Rúa-Jovet.

The new law aims to allay those concerns by strengthening the island’s energy regulator, its energy bureau created in 2014, with a bigger budget and a clearly-defined role. Though PREPA has tussled with the energy bureau — most recently over its latest integrated resource plan — Rúa-Jovet said the fact that PREPA did not stand in the way of the bill indicates the 100 percent target has the momentum and support it needs to succeed.

“I don’t want to sound pie-in-the-sky; there are always challenges. Some challenges that we may not even know right now,” he said. “But I think Puerto Rico’s challenges with renewables [have] more to do with will than anything.”

Rúa-Jovet said the law’s passage shows that the will now clearly exists, especially after “having lived what we lived, and knowing the future isn’t going to get any easier in terms of the strength of storms and extreme weather.”

That future is one reason electrical engineering professor Marcel Castro-Sitiriche is concerned about the final law. Castro-Sitiriche, who works at the University of Puerto Rico-Mayagüez, said legislation should consider short-term solutions for the most vulnerable, because a hurricane could impact those customers again.

According to Castro-Sitiriche’s research, the customers who experienced the highest number of blackout hours post-Maria also tended to be among the last 500,000 customers to be reconnected.

Advocates who have cheered the bill’s passage hope the proposal in Puerto Rico, and the other 100 percent mandates circulating on the mainland, will act as a catalyst to similar actions elsewhere.

“The aspirational hope is it will be an inspiration for other states that are considering 100 percent clean energy…and other Caribbean islands that are in the same situation as Puerto Rico,” said Wilson.

Next, the law heads to Governor Ricardo Rosselló. He is expected to sign it, though his office did not respond to request for comment.